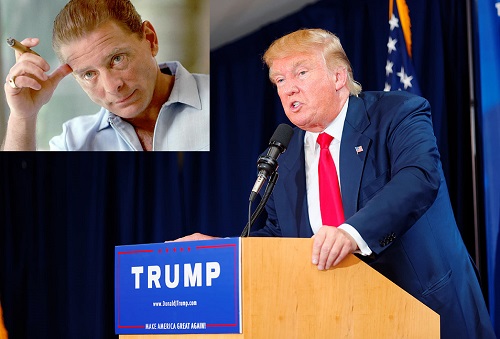 Karen Gravano (photo below) hopes that Donald Trump becomes the next President of the United States. Why? Well, the star of VH1’s Mob Wives thinks the billionaire businessman would be her father Sammy the Bull’s best chance to get out of prison early. “All I can say is maybe he can give his old friend Sammy a fuckin’ pardon,” she told the New York Daily News today.

Salvatore “Sammy the Bull” Gravano is currently doing a 20-year sentence for running an ecstasy ring in Arizona while he was in the Witness Protection Program after going from Gambino crime family underboss to mob rat in the 1990s. He’s due to be released in 2019. 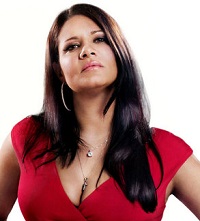 The former mobster and Donald Trump are not friends. In fact, Karen isn’t even certain the two ever met when both roamed the streets of New York. In a statement, Trump writes he doesn’t know any Salvatore Gravano nor, “to his knowledge,” has he ever met him.

However, back when Trump was involved in real estate and casinos in New York and New Jersey he did come in contact with plenty of mobsters. How could he not? The Mafia virtually controlled construction in the New York area up until the 1990s.

As he continues winning primary after primary, Trump has come under more scrutiny as his political rivals seek to end his winning streak. Stories about his mob connections have always dogged Trump, but never before with this intensity.

Mob ties or not, it is very unlikely Trump would pardon Gravano, a mobster who turned on his colleagues, confessed to 19 murders, and continued his life of crime under the umbrella of the federal government’s Witness Protection Program by dealing ecstasy to teenagers.

Saying he never met Sammy is like saying Trump is broke. They did more than meet,imho,sinceyou had to deal

w/Mob to build basicalky everything. AndI'm sure Trump didn't want to deal with the little man so it was Sammy or the Geneveses' man he dealt with.

A perfect example here is The Concrete Club racket.....while building Trump Towers he had to at least met somebody in order to construct this building and do the property development he was in the greater New York area....I agree with you, Eddie....The Donald's ego has always been off the chain so I'm sure he's met with a couple of high-ranking LCN members over the last 4 decades in New York and New Jersey

I also doubt Sammy will get a pardon because he embarrassed the hell out of the Feds as well after getting away with the 19 or so murders he was involved in(plus the rackets) and did only 5 years....just my opinion