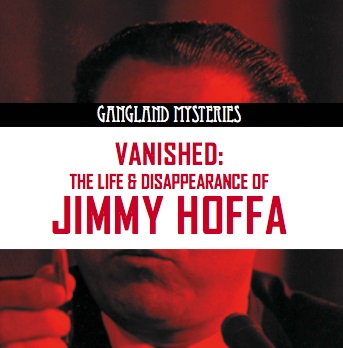 With the McClellan hearings spearheaded by Robert Kennedy came a daily dose of shocking disclosures that organized crime had crept into the very inner circles of the labor movement. The hearings conducted between 1957 and 1959 had a carnival-like atmosphere, where prosecutors dissected every word of suspected persons who had ties to organized crime and the underworld. Jimmy Hoffa and Robert Kennedy would become bitter enemies. The blood feud remained until the day Robert Kennedy was shot and mortally wounded after he had won the California Democratic primary in 1968. At the time of Robert Kennedy’s death, Jimmy Hoffa was in prison for jury tampering, fraud and conspiracy.

When he learned of Kennedy’s death, condolences were not on his mind. Robert Kennedy’s brother, John F. Kennedy, his arch-enemy, had been assassinated in Dallas five years earlier. 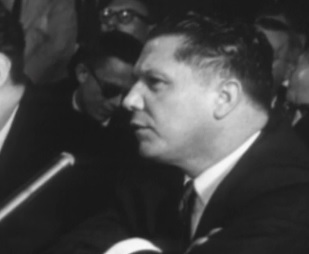 Hoffa finally had the Kennedys' off his back. Just weeks after John F. Kennedy was inaugurated President of the United States in 1961, one of his first cabinet appointments was his brother, Robert Kennedy, as attorney general. During the McClellan hearings Bobby Kennedy went after Hoffa like a blood hound but with little tangible success in bringing down the Teamster leader.

Now Kennedy had the full power of his office to bring Hoffa down and put him away in prison for a very long time. “We know that it is the law which enables men to live together, that creates order out of chaos. We know that the law is the glue that holds civilization together. And we know that if one man’s rights are denied, the rights of the others are endangered,” said Robert F. Kennedy in 1961, referring to one of the most powerful labor leaders in U.S. history.

Standing no more than 5’6”, Hoffa’s stature belied his tenacity and determination. He would get his way by sometimes using brute force, and that character trait catapulted him onto the national scene as a fierce advocate for Teamsters’ rights. Accusations that Hoffa and the International Brotherhood of Teamsters were tied to organized crime eventually caught the attention of the US Department of Justice, which instigated a relentless pursuit. With the notoriety and undisputed power Jimmy Hoffa held, the perception that the Union was controlled by organized crime was gaining strength. As a result, the McClellan Committee opened senate hearings on February 26, 1957, to investigate corruption, criminal infiltration, and illegal activities in the nation’s labor unions, particularly the Teamsters.

Chaired by Democrat John McClellan, the committee included John F. Kennedy and Barry Goldwater, along with Robert Kennedy as chief counsel. The committee’s investigation focused on the International Brotherhood of Teamsters, Teamsters’ president Dave Beck, and Beck’s successor Jimmy Hoffa. In televised hearings viewed by over 1.2 million households daily, the committee detailed the Teamsters’ misuse of Union funds and ties to labor racketeers and organized crime. The inquiry led to the conviction of over twenty individuals, including Beck, but failed to convict Hoffa, making him look invincible. As a result of Dave Beck’s conviction, the AFL/CIO (American Federation of Labor and Congress of Industrial Organization) expelled the Teamsters from their ranks. 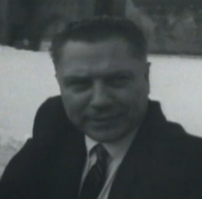 More than 1,500 witnesses were called to testify at the hearings, uncovering a stupefying account on how labor leaders, management, public officials, and the Mafia worked to swindle and threaten rank-and-file Union members. The efforts of the committee initiated the labor-Management Reporting and Disclosure Act of 1959, establishing for the first time close regulation of Unions by the federal government. The rigid law created requirements for Union elections and for the filing of annual financial reports to the Labor Department, banned convicted felons from holding Union office and instituted Union members’ rights against coercive labor practices. The days of unregulated Union practices were over.

Labor racketeering was the prime target for federal investigators with Jimmy Hoffa the number one suspect. Hounded relentlessly by federal authorities, Hoffa seemed untouchable. Most of the rank and file respected Hoffa and forgave his excesses. One Union member recalled, “Hoffa did steal from us but he also gave us a hell of a lot.” Early in his career, Hoffa’s reputation as a tough negotiator at the bargaining table and even tougher in a street brawl ingratiated him with Union members. He was adept at rousing support from the rank and file to consolidate his power base. With that strength, Hoffa shifted far beyond his stronghold in Detroit’s Local 299 and the area’s Joint Council of Teamsters. He was now able to garner enough support to take control of the Central and Southern States Conference, bringing him to national recognition. Often violent and ruthless, Hoffa wasn’t shy in developing a close relationship with underworld individuals, which gave him the muscle he needed. At its height, the Teamsters Union under Jimmy Hoffa became so powerful it was able to control the wages and working conditions of the entire trucking industry. A strike called by Hoffa had the potential to shut down the transportation system and cripple the North American economy. Jimmy Hoffa was at the pinnacle of his game. Despite Jimmy Hoffa’s (photo on the right, Hoffa left) remarkable rise in the Teamsters, the McClellan Committee hearings would prove to be Hoffa’s eventual downfall. From the onset of the two-and-a-half years of testimony, Robert Kennedy and Jimmy Hoffa went at it like street fighters. Hoffa and other Union leaders were called to testify about ties to the underworld. Kennedy was able to uncover evidence of payoffs and racketeering and exposed how Unions bought, sold, and, on occasion, stole to control Unions. Kennedy also showed what happened to the individuals who challenged Hoffa. In 1960, John F. Kennedy was elected president in one of the closest elections in U.S. history, defeating Richard M. Nixon. The Kennedys' now had the power to ratchet up the heat on corrupt labor unions, particularly the Teamsters and Jimmy Hoffa. Prior to JFK’s election, the McClellan hearings succeeded in bringing the ills of Union activities to the forefront, but did little to put Hoffa behind bars.

Soon after his inauguration, JFK appointed his brother, Robert Kennedy, attorney general giving him unlimited authority to continue his crusade against Hoffa. In October 1963, Joseph Valachi, a low-ranking member of the New York based Genovese crime family, testified on the inner workings of La Cosa Nostra, proving the existence of the American Mafia as well as naming members and the major crime families. In 1964, one year after JFK’s assassination, charges against Hoffa stuck, and in 1967, after exhausting his appeals, Hoffa was ordered to report to federal prison at Lewisburg, Pennsylvania.

The man behind Hoffa’s conviction was Edward Grady Parton, a Teamster who was awaiting trial for a variety of crimes. Parton saw an opportunity to save himself and offered to assist the Justice Department to convict the Teamster boss for jury tampering. A business manager for Teamsters Local 5 in Baton Rouge, Louisiana, for thirty years, Parton 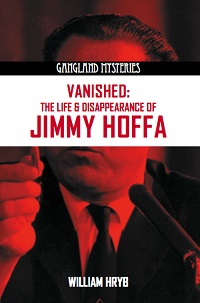 testified that Hoffa offered him $20,000 to fix the jury at his 1962 trial in which he faced charges of taking kickbacks from a trucking company. Before he left for Lewisburg Prison, Hoffa gave his right-hand man, Frank Fitzsimmons, the responsibility of care-taker boss until his release. The understanding was that Hoffa would still run the Union from jail and Fitzsimmons would take care of day-to-day Union business. Late in 1971, in a surprise move, President Richard M. Nixon commuted Hoffa’s sentence after serving nearly five years of a thirteen-year prison term.

This is an excerpt from the new book Vanished: The Life and disappearance of Jimmy Hoffa by William Hryb. Buy it at Amazon.com here or visit the publisher’s website at Strategic Media Books.