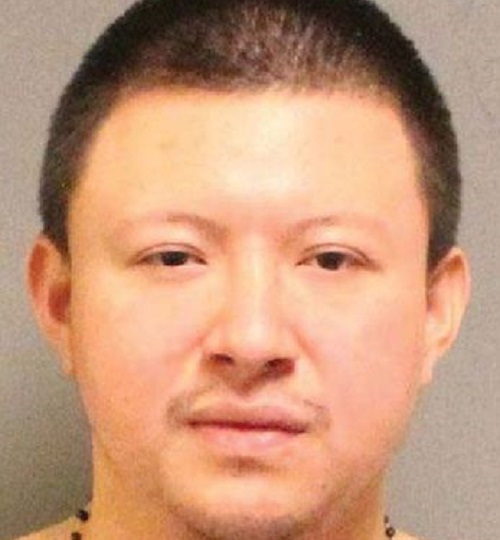 Guys nicknamed “Crazy” tend to end up in bad places. 27-year-old Noe Salvador Perez Vasquez (above) is no exception. As the leader of the Everett Locos Salvatrucha (ELS) clique, he ran one of the largest, most active, and most violent MS-13 cliques in Massachusetts.

Living up to his nickname, Perez demanded that clique members hunt down rival gang members and frequently subjected younger clique members to harsh punishments. On December 14, 2014, Perez worked together with fellow gang members Luis Solis Vasquez and Hector Enamorado to murder a 29-year-old male victim at an apartment in Chelsea.

Solis armed himself with a gun and went with Enamorado into the apartment to provide backup and necessary support for the attack. Enamorado used Perez’s gun to fatally shoot the victim three times. Enamorado also shot and wounded a second victim who was inside the apartment at the time of the murder. Following the murder, Perez arranged for Enamorado to flee to New Jersey. Federal agents, however, intercepted the car and arrested Enamorado before he could leave Massachusetts.

On July 5, 2015, a 16-year-old mid-level member of the ELS clique was stabbed to death in a park in Lawrence, Massachusetts, by two members of his clique. Perez and other MS-13 members targeted the 16-year-old for murder because they believed, incorrectly, that he was cooperating with law enforcement. Perez planned and encouraged the murder. After the two ELS clique members stabbed the 16-year-old to death, Perez promised to promote them to homeboy status.

Though some people like to say that “You can’t stop crazy”, that’s exactly what law enforcement did to Perez and his crew. He was one of 49 defendants to be arrested and convicted as part of this case. All nine defendants who went to trial were convicted and 40 others pleaded guilty. In all, 16 defendants, including Perez, were found to have committed or knowingly participated in murders.

On Tuesday, “Crazy” Perez was sentenced to life in prison for his crimes.