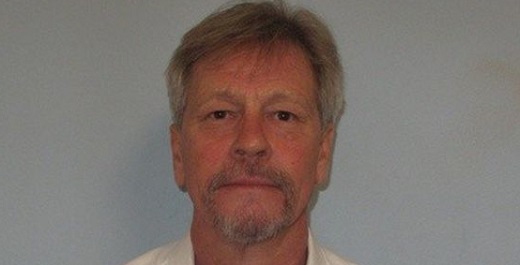 Patrick Adams, a leading figure of the Clerkenwell crime syndicate in London, admitted shooting a suspected informant in the chest. The 60-year-old gangster pleaded guilty Wednesday to “causing grievous bodily harm with intent,” the BBC reported. On Friday he was sentenced to 9 years in prison.

The shooting occurred on December 22, 2013, and was caught on CCTV. It was the result of a feud between Adams and a family associate named Paul Tiernan, who was upset about claims that he was a “grass,” British slang for informant.

Camera footage shows Adams walking towards Tiernan’s car in the Clerkenwell neighborhood in central London. After a gunshot rings through the air, he is observed running away from the scene with his wife Constance.

In court, it was said that the gun was Tiernan’s and that Adams had merely wrestled it from him out of fear for the safety of him and his wife. Whether true or not remains a guess as the victim in the shooting, Paul Tiernan, has refused to cooperate with authorities, thus laying to rest any doubts London’s gangland might have about his ability to stand tall.

His refusal to cooperate also meant prosecutors had to drop an attempted murder charge and settle for causing grievous bodily harm.

After the shooting, Adams and his wife went on the lam to Amsterdam in the Netherlands. They were able to blend in for some time but were caught earlier this year as law enforcement intensified the hunt for wanted fugitives hiding out in mainland Europe.

Patrick Adams is the younger brother of longtime family boss Terry Adams. He ran the Clerkenwell crime syndicate for decades and has recently retired after doing time for money laundering. The Clerkenwell group is also known as the Adams family and the A-Team and were London’s premier organized crime group in the 1980s and 1990s.