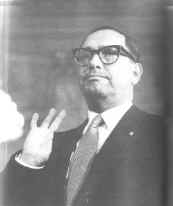 Thomas Lucchese was Boss of the Mafia Family that still bears his name. A ruthless guy with a ruthless reputation but he somehow managed to have friends who were law abiding citizens and weren't scared of him, later when they found out he was a major figure in the New York underworld they didn't know where to run. Lucchese's tenure as Boss of his Family wasn't that long, about 14 years, compared to his long tenure as Underboss: about 23 years. It shows Lucchese was a loyal soldier and at least abided by the few rules that were left for a mobster to follow. 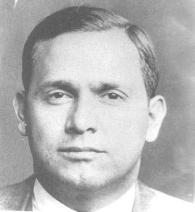 Gaetano Thomas Lucchese was born 1899 in Palermo, Sicily. He had come to America as an 11 year old boy. He had risen rapidly through the ranks of the New York underworld, and was a soldier in the family of Gaetano Reina. As he cruised the underworld he made contacts with powerful people and set up business everywhere. When Lucchese was 19, he lost an index finger in a machine shop accident. In 1923, he was arrested for stealing a Packard automobile and sentenced to three years in prison. Paroled after 13 months, it was the only time he ever spent in prison throughout his long criminal career. At the age of 31 Lucchese had become Underboss of Gaetano Reina. When Gaetano Reina was murdered in March 1930. His Family came under the control of Gaetano "Tom" Gagliano, Lucchese would stay on as Underboss. Gagliano would run the Familie without problems. Under Gagliano Lucchese went on with expanding his power. His legitimate business interests were many and varied. He would come to be a major power in the garment industry and also made friends in the legit world befriending politicians and judges. A young Thomas LuccheseLucchese also had a reputation as a man of violence. It was estimated by the police that he was personally involved in at least 30 murders.

In 1953 Lucchese's Boss Gagliano died of natural causes. Lucchese now became the new Boss of the Family. He was 54 years old and at the peak of his power, both as a criminal and as an arch manipulator of the convoluted political system that drove the powerhouse of the New York political engine. If Frank Costello was the Prime Minister of the underworld, then Lucchese was undoubtedly its Director General. Lucchese was for many years a personal friend and confidant of Thomas Murphy, who just happened to be the Police Commissioner of the city of New York, and consequently the head of the entire New York Police Department. In 1952 Thomas Lucchese was brought out in the open, the Kefauver Hearings started and all the major mobsters were there to be admired. It was because of these hearings that the Family got the name: The Lucchese Crime Family, a name that still goes.

Under Lucchese and Gagliano the Lucchese Crime Family reached it's peak. The Lucchese crime family generated its money from many sources,: union control, loan-sharking, gambling, hi-jacking, numbers and drugs. The huge amount of profits from importing and selling heroin, or as they called it "babania," was so enormous, that Lucchese, like so many of his peers, turned a blind eye to the edict that had been laid down many years before, prohibiting the involvement in drug trafficking. In 1961 the Lucchese family was involved in one of the highest profile cases ever, involving heroin importation. It became famous world wide because of a book that was written about the case, and an award-winning movie that followed. The incident was known as "The French Connection."

In the late 1960s Lucchese developed brain cancer. In 1967 he underwent brain surgery to remove a tumor. He died on July 13, 1967. Over 1,000 mourners came to his funeral. The crowd included politicians, judges, policemen, racketeers, drug pushers, pimps and hitmen. Some bosses did not show up out of fear of the F.B.I. surveillance, but others like Carlo Gambino and Aniello Dellacroce did to show respect.