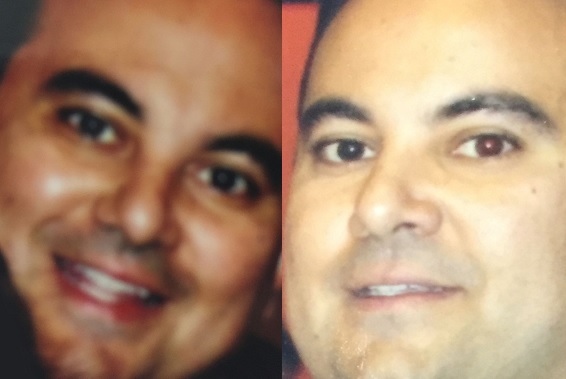 Frank Gioia Junior was born in 1967. From the start, his life was pretty much set in stone. He was born into "the life" as they say, his father Frank Senior and grandfather both were involved in organized crime and members of the Mafia. Growing up around mobsters it wasn't long until Gioia himself became one. At age 12, he hung around a mob owned social club, getting drinks for wiseguys and doing small tasks for them. By the age of 18, Gioia had left behind the errand-boy role and showed his violent capabilities. He shot a bouncer who had disrespected a Lucchese wiseguy. This act of violence earned Gioia huge respect from his mob buddies.

By the age of 21, he had earned more than $1 million dollars dealing in drugs. In October 1991, at age 24, Gioia became a made guy in the Lucchese Crime Family, his sponsor was George Zapolla. Where most wiseguys believe that upon becoming "made" all their problems are solved, it usually means the opposite. This was true in Gioia`s case as well. In June of 1992, he got arrested on gun charges. And a year later he got arrested again on serious federal drug charges. He was accused of running a heroin pipeline from Manhattan to Boston and was sentenced to 7 years in prison.

Behind bars, Gioia didn't stay quiet. He got into a fight with another inmate, breaking the man's jaw. Then he got some bad news from his cousin, Vincent Salanardi. The Lucchese family was plotting to whack Gioia's father over some money dispute. After hearing this, Gioia called the feds, got himself, his father, and family a deal, and began cooperating. He was moved to a special prison unit for witnesses and there he, again, broke an inmate's jaw. This time it was an argument over use of the prison phone that lit the fuse.

After serving just 6 years in prison, Gioia was released early, given a new identity and was relocated under the federal witness protection program. Gioia testified against scores of mobsters and drug dealers. As it stands now his testimony resulted in the conviction of over 80 criminals, including one cop killer. Once in the Witness Protection Program, Gioia began giving lectures about organized crime to rookie and veteran FBI agents.

He also had another lucrative gig scamming mall owners and real-estate developers out of tens of millions of dollars, The Arizona Republic reported in November of 2017. Read about that story here:

AHHHHH another fine ending for the NYC mob, Gioia grows up in it, goes to prison because of it, and WHAT becomes a rat because they were going to kill his father??? Stories like this are confirmation to me that as a young man I made a better decision for myself.