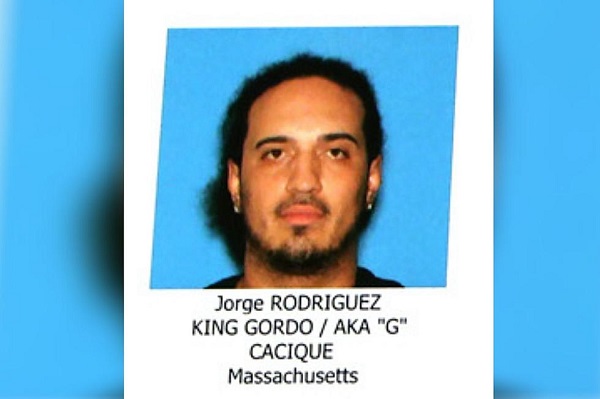 A Latin Kings boss pleaded guilty on Tuesday to racketeering and drug conspiracy charges. 32-year-old Jorge “King G” Rodriguez was arrested and charged in December 2019, at which time he was the second in command of Massachusetts for the Latin Kings, and had held leadership positions in the New Bedford Chapter.

The Latin Kings are a violent gang comprised of thousands of members across the United States. The Latin Kings adhere to a national manifesto, employ an internal judiciary and use a sophisticated system of communication to maintain the hierarchy of the criminal organization.

In addition to his statewide leadership of the Latin Kings in Massachusetts, Rodriguez also held a leadership position in the New Bedford Chapter. In New Bedford, Rodriguez ran a vast cocaine base distribution network that used multi-unit apartment buildings known as “trap houses” to distribute the narcotics.

Members of the Latin Kings dealt drugs in the trap houses, obtaining their supply of cocaine base from Rodriguez. As detailed in court filings in the case, evidence developed during the course of the investigation included multiple recordings of Rodriguez cooking cocaine base, directing violence against rival gang members, meting out discipline, and handling firearms used to protect the Latin Kings’ drug distribution network.

In December 2019, a federal grand jury issued an indictment alleging racketeering conspiracy, drug conspiracy and firearms charges against 62 leaders, members and associates of the Latin Kings. Rodriguez is the first defendant to plead guilty in the case.