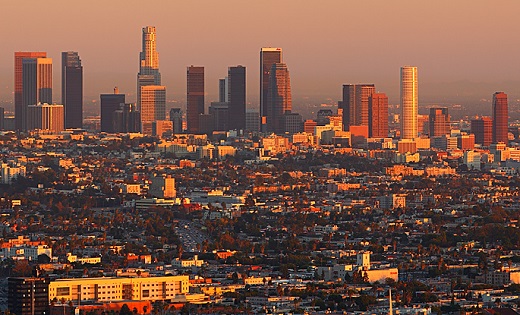 An investigation by the Los Angeles Strike Force resulted Thursday in the indictment of 22 members of a drug trafficking organization linked to Mexico’s Sinaloa Cartel. They are charged with drug trafficking, money laundering, and weapons offenses.

The charged defendants were allegedly responsible for the importation of hundreds of pounds of methamphetamine, cocaine, and heroin from Mexico into the United States. The narcotics were distributed throughout the country via a network of cartel associates, and the proceeds from the domestic narcotics sales were then funneled back to Mexico.

Formed in 2014, the Los Angeles Strike Force targets Mexican drug cartels that utilize the Los Angeles metropolitan region as a primary hub for the distribution of narcotics across the United States, and focus on high-level narcotics traffickers.

During this two-year wiretap investigation, members of the Strike Force seized narcotics with an approximate street value in Los Angeles of more than $6 million, including approximately 290 pounds of methamphetamine, 280 pounds of cocaine, 30 pounds of heroin and 81 pounds of marijuana. Authorities also seized 33 firearms, three vehicles with hidden compartments and $1.3 million in cash. These Strike Force members uncovered a sophisticated international drug trafficking network that regularly transported narcotics across the U.S.-Mexico border and at times stored drugs in “stash houses” across the San Gabriel Valley. The narcotics then were distributed throughout the United States.

Of the 22 defendants, seven are in custody. Among them are 33-year-old Julian “JRoc” Rocha, who is charged with being a Los Angeles-based purchaser of Mexican narcotics; Froilan “Del Monte” Villarreal, who allegedly illegally possessed seven firearms when authorities seized large quantities of cocaine and methamphetamine from his residence; 53-year-old Oscar Arredondo, an alleged drug transporter who was arrested in the Eastern District of California; 45-year-old Antonio Orozco, who allegedly transported narcotics across the international border; and Martin Ruiz Saldana, of Santa Ana, who allegedly received narcotics.

The remaining fourteen defendants are fugitives, presumably in Mexico. They include the group’s leader, Jeuri Limon Elenes, who is also known as “Prude,” “Rzr,” “Fox,” and “Royal Nuevo.” He is charged with acquiring narcotics in Mexico and arranging for the transportation of the drugs into the United States.

In addition to the narcotics and weapons offenses, the indictment includes a charge of conspiracy to launder money that alleges the drug trafficking organization used the United States banking system to launder drug proceeds by making multiple cash deposits into purportedly legitimate accounts to disguise the origin of thousands of dollars of illicit funds.

“The indictment and today’s arrests demonstrate the Strike Force’s ability to reach both sides of the border, impacting the Sinaloa Cartel by disrupting their drug supply chain and neutralizing key players in the organization,” said DEA Special Agent-in-Charge David J. Downing. “We’ve sent a message to the cartels – they won’t be allowed to operate freely in Los Angeles or conduct business as usual.”

“The stream of narcotics coming into the United States fuels violence in local neighborhoods and contributes to the current drug epidemic in the United States,” said Deirdre Fike, the Assistant Director in Charge of the FBI’s Los Angeles Field Office. “Today’s multi-agency operation is the result of a lengthy investigation targeting cartel members for their roles in an international drug importation network that enriched Mexico-based cartel members while American communities were being adversely affected. The FBI will continue to address this crime problem by working with our law enforcement partners, and by engaging with leaders of communities affected by narcotics trafficking.”