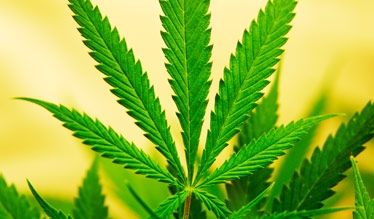 Both men were part of the drug trafficking group led by Adan Reyes with his brother Guadalupe assisting as his right-hand man. According to authorities, between August 2006 to November 2015, this organization trafficked multiple thousands of kilograms of marijuana from El Paso, Texas, to the Dumas, Texas, area, and then to locations primarily in the Midwestern U.S.

They transported the marijuana in various ways, including using vehicles and/or horse trailers with hidden compartments. Marijuana was also sometimes hidden inside bone meal.

The group employed people to transport as well as follow load vehicles from El Paso through the checkpoint, and from the checkpoints usually to the Dumas/Cactus, Texas, area, where the marijuana was warehoused at a ranch near Gruver, Texas.

From the ranch, Adan Reyes used pickup trucks to drive 500 to 1,000 pound loads of marijuana to customers in the Midwest, including locations in Dodge City, Kansas, and Kansas City and St. Louis, Missouri.  Proceeds from the marijuana sales were driven back to the ranch in Gruver. Adan and Guadalupe Reyes shared the drug proceeds. Different drivers were used to drive the money from Gruver to El Paso to deliver Adan Reyes’ share.

Manuel Reyes performed various tasks for the Reyes organization, including assisting in tracking marijuana loads from El Paso to Cactus/Dumas, and he would ensure the loads made it to the ranch near Gruver, where he would assist in unloading it from vehicles arriving from El Paso and onto vehicles that would transport it to customers. He also counted the drug proceeds that were returned to the ranch and ensured the drivers were paid. On multiple occasions, he also transported cash proceeds from Cactus/Dumas to El Paso.

Maximilliano Gonzales was a driver for the group. He drove marijuana from the ranch in Gruver to customers and was paid for each load he transported. He used a work truck with a welder containing a false compartment to transport the marijuana.

When law enforcement conducted a search at the ranch in February 2016, investigators located a white Ford truck with a welding machine mounted to the truck bed. The welder contained a false compartment that housed packaging material, digital scales, and other items associated with marijuana trafficking.  There were also papers in the truck stating the vehicle was registered to, and insured by, Maximilliano Gonzales. In addition, drug ledgers indicating payments to customers as well as payments to Manuel Rodrigues Reyes and Maximilliano Gonzales were found.

Reyes was paid approximately $1,000 per week for his services in working for the Reyes brothers, thus earning at least $150,000 during his employment. According to his plea agreement, Reyes agrees to forfeit $150,000 that represents a portion of the proceeds he obtained as a result of his criminal conduct.

Adan Reyes is currently being detained in the El Paso Division of the Western District of Texas where he is awaiting sentencing on charges related to his role in the drug organization. Guadalupe Reyes has pleaded guilty to similar charges and is currently on bond pending his sentencing hearing which is scheduled for November 15.

Manuel Rodrigues Reyes and Maximilliano Gonzales face a statutory penalty of not less than 10 years or more than life in federal prison and a $10 million fine. Manuel Reyes, who had been on bond, was continued on pretrial release pending sentencing. Maximilliano Gonzales has been in custody since his arrest in May 2016.  Both are scheduled to be sentenced on January 18, 2017.