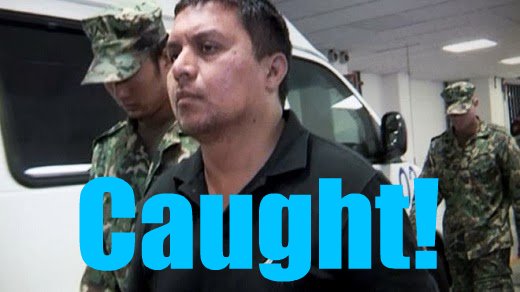 He is being accused of ordering the kidnapping and murder of 265 people, men and women. Killing was a hobby of his, it seemed. His favorite technique was putting a person in a barrel, filling it up with gasoline, and setting it on fire as his victim screamed and cried while being burned alive. And now Miguel Angel Trevino Morales, the man who is allegedly responsible for these acts will stand trial.

These acts of violence, especially on this scale, are usually committed by a dictator of some faraway nation, but Trevino is no politician. He’s just a Mexican crime boss. That a mere gangster is accused of these acts shows how the drug war in Mexico has spiraled completely out of control.

Born in Nuevo Laredo on June 28, 1973, Trevino started his life of crime as a teenager when he joined the Los Tejas gang, which dominated the streets of his hometown. He started at the bottom, washing cars and running errands, quickly rising through the ranks until he was running drug smuggling routes into the United States.

As the new millennium began, Trevino (right) had joined Los Zetas, the military wing of the Gulf Cartel, which consists of former members of the Mexican Special Forces and military. It was unusual for a civilian to join such a group, but Trevino had made a name for himself as an extremely violent and capable man and had earned his place among them. Jamie Haase, a former special agent within the US immigration and customs enforcement agency, who in 2009 was working in the region of Nuevo Laredo, said the following about that: “He was a multimillionaire and the head of the organization, and yet he chose to still be actively involved in the beheadings.”

His violent streak got the job done. So much so, that by 2005 he had been named boss of the Nuevo Laredo territory, also known as “plaza,” and was given responsibility for fighting off the Sinaloa Cartel’s attempt to seize control of the drug smuggling routes there. He went to work and started eliminating rivals left and right. Through connections with street gangs on the American side of the border he was able to orchestrate several killings of members of the Sinaloa Cartel in Laredo, Texas. There was no doubt that the Gulf Cartel and Los Zetas ruled the drug route through Nuevo Laredo.

Once they had made that point clear they started expanding into towns and cities nearby. Setting up criminal networks to control transit routes for drugs, migrants, kidnapping, contraband of pirated DVDs and CDs, and becoming active in kidnappings and murders as they planted their flag in this new territory. Trevino was even handpicked to run the group’s operations in Guatemala. He also helped to extend the Gulf Cartel’s operations running cocaine and crystal meth into the United States and Europe. 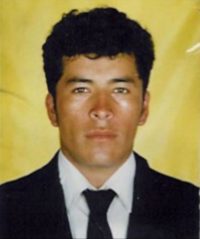 After Gulf Cartel leader Osielo Cardenas Guillen was extradited to the United States, Heriberto Lazcano (right), the boss of Los Zetas, began to push for a split between the Gulf Cartel and Los Zetas. Trevino threw in his support behind Lazcano and from that point on Los Zetas began a war for its own territories. Along the way the group emphasized its reputation for gruesome torture methods and beheadings as the streets were littered with dead bodies and pieces of corpses.

Los Zetas were among the first to diversify its operations, branching out into mass extortion and kidnappings. With their disregard for the well-being of their fellow man, things escalated very fast. Authorities have accused Los Zetas of massacring migrant workers, of an arson attack on a Monterrey casino in 2011 that killed 52, and the dumping of 49 decapitated bodies. Trevino played a part in many such vicious acts.

The Mexican government has charged him with a litany of crimes including murder, torture, money laundering, and ordering the kidnapping and execution of 265 migrants near the northern town of San Fernando who refused to obey Los Zetas.

After having handled the situation in Guatemala perfectly, Lazcano promoted Trevino to national commander of Los Zetas across Mexico. His new rank earned him resentment among some of the other Zetas members who could not get passed the fact that Trevino lacked a military background.

Besides rivals, Trevino also had to worry about the American government. If you rise high enough within the drug world you will eventually end up as a target for the DEA. In 2009 and 2010, Trevino was indicted on drug trafficking and weapons charges in New York and Washington. The U.S. government also issued a $5 million reward for information leading to his arrest. According to the indictments, Trevino coordinated the shipment of hundreds of pounds of cocaine and marijuana each week from Mexico into the United States, much of which had been shipped through Guatemala. By the summer of 2012, as Trevino’s power and influence grew, various accounts reported a rift between Lazcano and his “national commander” causing Los Zetas to fall apart in two factions. Before Trevino had a chance to eliminate his powerful rival, though, the Mexican Navy had beaten him to the punch. On October 17, 2012, they had been called to a complaint that armed men were spotted in a neighborhood of Progreso in the north-eastern Mexican state of Coahuila. Upon arrival, they were greeted by gunmen who threw hand grenades at them. After a shootout, the Navy eliminated the threat and was surprised to find they had just killed Los Zetas’ leader Lazcano.

Lazcano was known as Z-3. Z-1 and Z-2, his two predecessors had all been removed from the picture, one dead, the other in prison. With Z-3 out of the way it was time for Z-40 to step up and seize the top position. The notorious, paramilitary Los Zetas were now run by a civilian. Albeit an extremely ruthless civilian.

As he moved around his old stomping grounds of Nuevo Laredo, Trevino was very careful not to get caught. Traveling mostly at night, he knew he had a huge bull’s eye on his back. Nothing paranoid about that. It’s not paranoid if someone really is out to get you and for the past months Mexican authorities had worked round the clock to find and apprehend the number one Zeta, Z-40.

Driving in a truck outside Nuevo Laredo at dawn with a bodyguard, an accountant, $2 million dollars, and several firearms, Trevino did not see it coming as the car was stopped by Mexican Marines. The three men were placed under arrest without a single shot being fired. Trevino (right) is the first major Cartel leader to be arrested since president Enrique Pena Nieto took office in December. He faces charges in Mexico and the United States and it is still unclear whether Mexico would try him first or extradite him to the United States right away.

The arrest of Trevino is hailed as a major success. Known as the most violent drug boss in Mexico, his absence will provide a lot of people a good night’s rest. The DEA offered congratulations to the Government of Mexico. “Trevino Morales, the head of the notoriously violent and vicious Los Zetas cartel, has been a wanted man for years. His ruthless leadership has now come to an end,” a press release stated. “Thanks to the brave men and women of the Government of Mexico, Trevino Morales will now be held accountable for his alleged crimes. Trevino Morales is of one of the most significant Mexican cartel leaders to be apprehended in several years and DEA will continue to support the Government of Mexico as it forges ahead in disrupting and dismantling drug trafficking organizations.”

Continued support is indeed needed as this is by no means an ending. Trevino’s arrest will also offer opportunities for several key figures in the Mexican drug world. Men who would like to take over as leader of Los Zetas, but also men like Sinaloa kingpin Joaquin “El Chapo” Guzman, who could see Trevino's demise as the perfect opportunity to expand into territories that just a few days ago were a no-go and now offer untold riches.

What goes on in the country of Mexico is beyond words. These so called "kingpins" have lost touch with reality.They are insensitive to the suffering of their own people. They carry out killings like a video game.Everyone is fair game to these monsters. Old,young,children. The good people of Mexico must ask themselves if God has abandon them. Everyday they suffer. The government must do more to protect the population, they must do more to rid the country of this cancer that is consuming all in its pass. Arresting these maggots one by one is not enough. Now we ask, what kind of punishment will this maggot receive when and if found guilty of these unbelievable crimes perpetrated against humanity? I tell you whatever it is it's not enough.