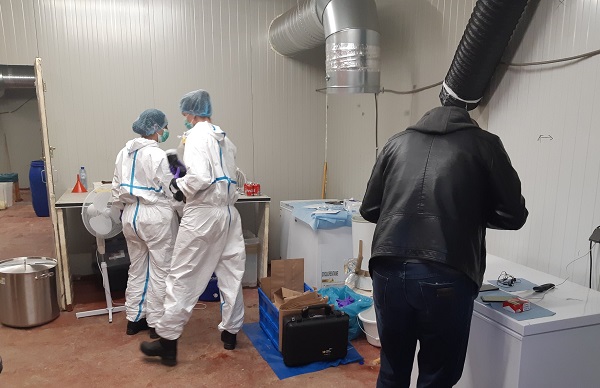 Mexican drug cartels have saturated the crystal meth market in the United States and are currently laying the foundations to start flooding Western Europe with their addictive product. Recent arrests in the Netherlands indicate that members of the Sinaloa Cartel are operating meth labs there, producing “Breaking Bad” quality meth to conquer European users.

Dutch police were amazed on May 10, when they discovered a sophisticated meth lab aboard the 85-meter-long ship Arsianco in the harbor of Moerdijk (photo below). Lured by a weird smell, they stumbled on one of the biggest narcotics operations in the country. They arrested the 65-year-old ship captain and three Mexicans ranging in age from 23 to 37, one of whom is alleged to be a member of one of Mexico’s most notorious cartels, police sources told Dutch press. 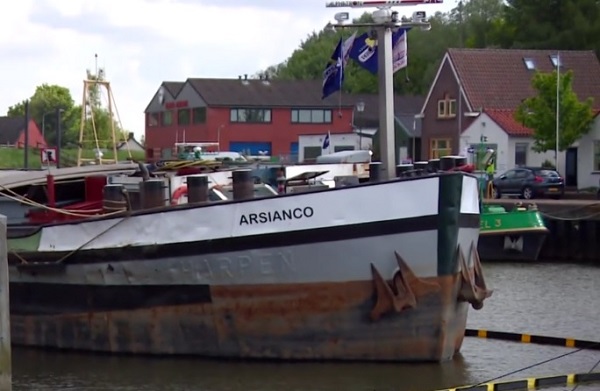 Further proof of the professionalism of the operation came a few hours later while investigators were gathering evidence. One of them triggered a booby trap which resulted in water coming into the ship, sinking it at a rapid pace. Police were able to stop the flooding just in time, before it could damage a lot of evidence.

A few months earlier, in February, Dutch police arrested two Mexicans, one from Sinaloa, at a warehouse in Wateringen. The pair had set up a meth lab at the location and had already produced a stash worth $90 million dollars. Photo: A box filled with $67,000 dollars worth' of meth - one of many such boxes discovered aboard the Arsianco ship

“They are trying to sell their crystal meth on the European market,” Jan Struijs, chairman of the Dutch police union, told the AD newspaper. “They first targeted Eastern Europe. You can see crystal meth zombies walking around there everywhere. Now they are trying to do the same in the west.”

The presence of the Mexican cartels has resulted in a price drop for meth and a wider availability of the drug in cities like Amsterdam.