The city of Montreal is at the center of a mob war that claimed its 14th victim last week when Joseph Di Maulo (photo above) was killed in front of his house. Exactly who is gunning for who remains unclear, but with mob boss Vito Rizzuto back in town after being released from a U.S. prison rumors are running wild.

Was it a street gang? Outlaw bikers? Calabrian mobsters? Or Sicilians? Which group assassinated the 70-year-old Di Maulo, shot him down in front of his home in Blainville on a quiet Sunday night?

“I think it’s most likely the shots came from the Sicilian faction,” says Pierre de Champlain. As a former RCMP analyst and author of several books dealing with the Mafia in general and the Montreal Mafia in particular De Champlain has studied these groups for decades.

“The hit on Joe Di Maulo (right) is of the highest significance,” he says. “They killed a legendary boss of the Calabrian faction of Montreal, even if Di Maulo was not himself a Calabrese he led that group. Di Maulo was a legendary crime figure, an icon within the Montreal underworld.”

“For several decades he had been closely associated with the Cotroni-Violi faction,” De Champlain continues. “In the late 1960's and 1970's, he was the right-hand-man of Frank Cotroni. He supervised a group of picciotti, who were responsible for drug trafficking. Di Maulo was known as a man who always calmed down hot situations when they occurred. He was a true mafioso, a mediator, trying to find compromises that would be suitable to everyone.”

With his death, the Montreal Mafia thus lost its mediator. Di Maulo is the 14th death claimed by the struggle for power in the underworld of Montreal. Other high profile murders included the killings of Nicolo Rizzuto and Nick Rizzuto Jr, the father and son of boss Vito Rizzuto, and the shooting of American Bonanno family boss Salvatore Montagna.

De Champlain: “They are in a state of war. No one is in control really. It is a situation where he who shoots first will win! The climate is so tense among the various factions that it has been said that a lot of mobsters are now travelling in armored cars.” 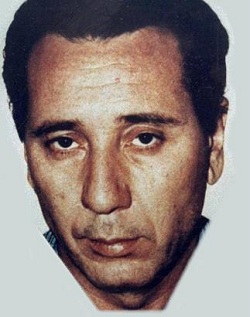 One of the rumors following Di Maulo’s death revolves around the return of Vito Rizzuto (right). The boss of bosses of the Montreal Mafia was released from a U.S. prison in October after serving approximately seven years of a ten year sentence for participating in the murder of three Bonanno capos in 1981. While he was behind bars, his father and son were shot to death in Montreal as factions fought for control over lucrative drug routes, territory, and other rackets.

In one of the theories surrounding Di Maulo’s murder, it is claimed he had turned on the Rizzuto clan and started working against them. Vito Rizzuto would have expected a seasoned and respected mobster such as Di Maulo to either have protected Rizzuto Jr and Sr or have avenged their deaths.

With Di Maulo shot to death at his home, near his wife who was inside the house, five days from the anniversary of the murder of Nicolo Rizzuto who was also killed at his home in front of his wife and daughter, who herself is the wife of Paolo Renda, it seems someone is sending a message. Many experts point to Vito Rizzuto as the man responsible. After returning to his home city of Montreal, they allege he is now doling out his punishment.

What role will Rizzuto play in Montreal now that he is back? De Champlain: “It depends how he himself sees his role. He may be a man trying to regain the authority he once had over the mafia. First by avenging the death of his son, Nicolo Jr, and then the death of his father. For Vito Rizzuto it is a matter of honor, whether or not he wants to reinstate his own moral authority among his peers. The question that everyone is asking at the moment is: Will he be able to carry on these hits on those responsible for the death of members of his blood family? This remains to be seen. Or could he himself be hit sooner or later? We should be able to find out the answers to these questions in the next coming months.”

And his future as boss of bosses? “Let's say that in his case, it is a matter of one day at a time. Tomorrow will be another day,” concludes De Champlain.

Pierre de Champlain can be found on Twitter and his books are sold at multiple book stores online and worldwide.

Excellent story.With all the news of the U.S. Mafia and Sicilians,I tend to forget the Canadian factions.My guess is the 1981 killings were that of Sonny Red Indelicato and two others (Big Trin,Philly Lucky) during the Donnie Brasco undercover operation.Years ago I read a book by a Canadian biker who was an enforcer for a Family in Canada that wasn't half bad,although now the title escapes me.A little Internet research should bring it up tho'.

Thanks! Glad you liked it! All the big mob news is happening in Canada at the moment. With outlaw bikers, street gangs, a powerful Irish mob, Asian groups, and both Calabrian and Sicilian mobsters Canada is simply booming with news. Correct, that was the hit I referred to. I have added a link to the text and will give it here as well: http://gangstersinc.ning.com/profiles/blogs/aftermath-of-a-hit-the-... It details the hit on the three Bonanno capos. I think you are referring to the book by Cecil Kirby. Never read the book myself but saw it many times on eBay and Google.

I think they certainly have a lot more old school mobsters with strong roots to the old country. Guys that are in "the life" because of their family connections or because they want the money (not the glory). But the most important reason for the Canadian groups being so strong is that the sentences they receive in Canada are far less severe than the ones they would have gotten in the U.S.

There have been several articles and books dealing with the issue of Canadian justice being too lax on organized crime and the Mafia. I think that is the reason Canadian groups have become so powerful. Their brains, muscle and money are not incarcerated for 20 years to life on racketeering conspiracy. They were allowed to grow, make a mistake, and grow some more. The group remained intact and was allowed to conduct its business. With harsher penalties things could have been a lot different in my opinion.

Canada did have its celebrity mobsters though. Paul Volpe comes to mind. Although his media appearances occurred more because he was lured into them.

There is not one gangster in Canada who pulled the publicity stunts of John Gotti, Joey Merlino or Nicky Scarfo.

You say it right! Those american wannabe Mafiosi are only for the television... Rizzuto is and will be ITALIAN, if he would be a Boss of one of the Ney York Mafia family, i think they would be all Italianized. So long live Vito Rizzuto!