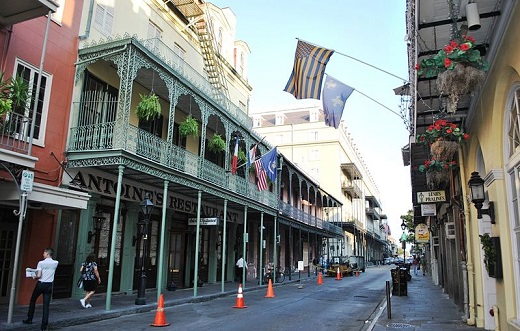 Hit them where it hurts! When it comes to organized crime there is no place where they feel pain more than in their wallets - and the DEA likes to hurt criminals. On May 2, following a weeklong trial, a federal jury convicted 51-year-old Cornell Pendleton for his role in laundering money on behalf of heroin dealers in the New Orleans area.

Pendleton was found guilty of conspiracy to commit money laundering; numerous substantive money laundering offenses involving the illegal purchase of real property and cars on behalf of heroin dealers; structuring his cash deposits; and two counts of providing false statements on loan applications. The jury also found that Pendleton must forfeit over $1 million in cash and assets that were involved in his criminal activities.

His arrest was the result of a DEA investigation into a heroin-trafficking organization that operated in New Orleans East. The original investigation, nicknamed “Wild Wild East” began in 2013 and has since led to the conviction of twelve New Orleans-based heroin dealers.

During Operation “Wild Wild East,” the DEA began developing evidence that Pendleton was helping drug dealers to acquire high-end assets in an effort to conceal the proceeds of their drug operation. These high-end assets included multiple cars, such as Mercedes, Porsche, Corvette, Bentley, and BMW; residential and investment real estate; jewelry, including Rolex watches; and other expensive items.

Pendleton’s modus operandi involved purchasing assets in his own name, and then allowing the drug dealers to use the assets while making sizable, off-the-books payments to him. Once an asset was fully paid off, Pendleton would often transfer title of the asset back to the drug dealer. He was paid entirely in cash for his assistance in acquiring these assets. The evidence showed that, over a two-and-a-half-year period between 2012 and 2014, Pendleton deposited over $1.5 million in cash into four bank accounts, while knowing that the cash included illegal drug proceeds.

Pendleton faces a maximum sentence of 20 years in prison. His sentencing is scheduled for August 10, 2017.