Montreal Mafia war claims life of yet another mob boss 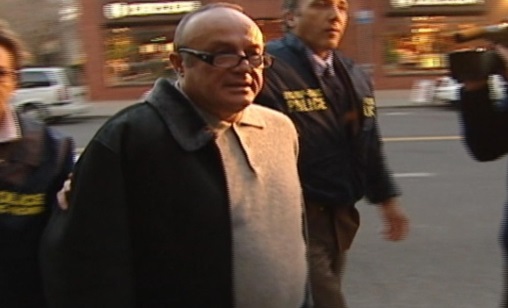 Rocco Sollecito, a reputed leader in the Montreal Mafia, was shot to death in broad daylight as he sat in his white BMW SUV just a few hundred meters away from police headquarters in Laval, a city north of Montreal.

His brazen murder is the latest in a string of underworld killings in and around Montreal. Three months ago, Lorenzo Giordano, another high-ranking Rizzuto family mobster, was shot to death in a parking lot in Laval. Both Giordano and Sollecito had been released from prison just months before being assassinated.

The deadly violence comes as the local mob tries to recover after losing its boss of bosses Vito Rizzuto, who, unlike many of his colleagues, died of natural causes in 2013. His father Nick, however, was murdered by a sniper as he sat at the kitchen table at his home, another victim in the Montreal Mafia war.

Sollecito was an old friend of Nick Rizzuto, sharing the same birthplace of Cattolica Eraclea in Sicily, and remained a loyal Rizzuto clan member throughout a tumultuous time as was evidenced by police surveillance photos in which he was frequently featured by Vito Rizzuto’s side.

According to authors André Cédilot and André Noël, 67-year-old Sollecito was “often involved in settling disputes with the up-and-coming generation of Mafiosi.” And that, “In the mid-1980s, he had spent a few years in prison for an affair involving illegal immigration.” In 2006, Sollecito was arrested alongside other members of the Rizzuto clan in Operation Colisée and charged with a variety of crimes.

Sollecito’s son Stefano has followed in his father’s footsteps and is alleged by authorities to be part of a committee in charge of the Rizzuto family. Stefano was arrested himself last year along with Vito Rizzuto’s son Leonardo, who also followed the path of his mob father. Both men were charged with their role in a largescale drug trafficking ring involving outlaw bikers and the Mafia.