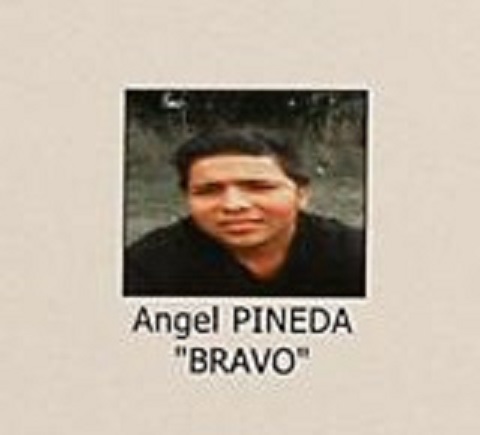 A member of MS-13’s Enfermos Criminales Salvatrucha clique in Chelsea was sentenced in federal court in Boston today for RICO conspiracy involving the attempted murder of a rival gang member. 21-year-old Angel “Bravo” Pineda, a Honduran national who resided in Revere, received 93 months in prison and will be subject to deportation after completion of his sentence.

In April 2017, Pineda pleaded guilty to conspiracy to conduct enterprise affairs through a pattern of racketeering activity, more commonly referred to as RICO conspiracy. He also admitted responsibility for an attempted murder of a rival gang member.

Pineda was a member of the Enfermos Criminales Salvatrucha clique in Chelsea. On September 8, 2014, he and another MS-13 member named Jose “Little Crazy” Vasquez attempted to murder an 18th Street gang member by stabbing him.

After a 3-year investigation, Pineda was one of 61 defendants named in a January 2016 superseding indictment targeting the criminal activities of alleged leaders, members, and associates of MS-13 in Massachusetts.

According to court documents, MS-13 is a violent transnational criminal organization whose branches or “cliques” operate throughout the United States, including Massachusetts. MS-13 members are required to commit acts of violence against rival gang members to gain promotions and to maintain membership and discipline within the group. Specifically, MS-13 members are required to attack and murder rival gang members whenever possible.