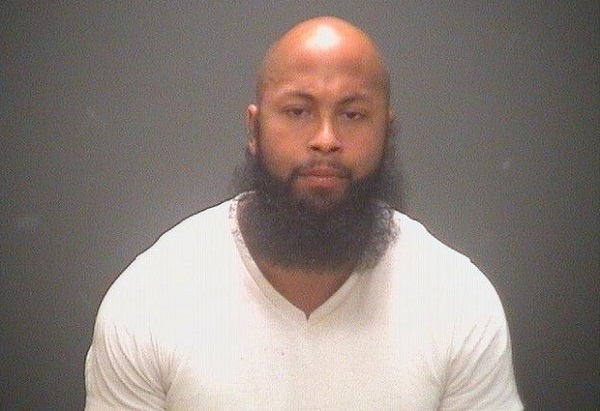 Steel bars don’t stop crime. Despite incarcerating more people than any other country, the United States is still swamped in violence and crime. This week, a latest case in which two men, one an inmate, were convicted of murder conspiracy and cocaine trafficking is all the more proof of that.

Eduardo Rios Velasquez (photo above) and Angel Cordero, both 37 years old, really hit it off. They were incarcerated together and found in one another a willing partner in crime. Using a contraband cellular phone that had been smuggled into Fort Dix Federal Correctional Institution, the imprisoned Cordero was able to stay in contact with Velasquez in the summer of 2017.

Living outside, enjoying his freedom, Velasquez had murder on his mind. Cordero put Velasquez in contact with another inmate. Velasquez offered money to the other inmate if he could provide Velasquez with the address of a woman identified in court documents as "T.G." Cordero told the inmate that Velasquez had been hired to kill T.G.

In turn, the inmate contacted federal authorities and told them about the murder conspiracy. He agreed to wear a wire and recorded multiple conversations with the men.

Besides murder, Velasquez was also involved with trafficking large shipments of cocaine, with Cordero serving as the broker in the deals. Federal law enforcement authorities intercepted a kilogram of cocaine in July that was being shipped to Velasquez.

DEA Special Agent in Charge James Hunt stated: “It is not uncommon for our investigations to unveil drug-related murders; but this significant murder-for-hire plot paved a twisted path from New York City to Lorain, Ohio. Law enforcement collaboration helped prevent another murder from occurring.”

“This case shows that no one is out of reach from being charged and prosecuted when a crime is committed. Even when serving a sentence, Cordero continued his criminal activity with little regard of the consequences,” said Angel M. Melendez, special agent in charge of HSI New York. “Now he and Valasquez were found guilty of their actions and will now face whatever sentence issued because of their reprehensible actions.”

“The FBI is pleased with the jury's verdict. Velasquez will spend significant time behind bars for his ruthless willingness to kill someone for money,” said FBI Special Agent in Charge Stephen D. Anthony.