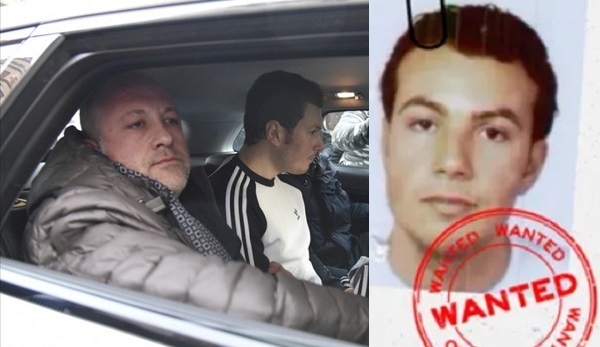 Camorra boss Marco Di Lauro (photos above) was arrested in Naples on Saturday after spending 14 years on the run from authorities and rivals as a “super fugitive”. The 38-year-old Mafia leader was found living with his wife and two cats in a modest apartment.

Italian police viewed Di Lauro as the second most wanted fugitive in the country – just behind Cosa Nostra boss Matteo Messina Denaro. He went on the lam in 2004. Two years later an international warrant was issued for his arrest.

Straight out of Gomorra

Di Lauro’s story resembles the plot of television series Gomorra in which Camorra boss Pietro Savastano and his son Gennaro fight for dominance over Naples’ underworld. Marco Di Lauro is the fourth son of Paolo Di Lauro, one of the area’s most infamous godfathers.

Just like the Savastano clan, the Di Lauro clan operated in the Scampia and Secondigliano neighborhoods of Naples frequently seen in the Gomorra tv series.

A rift between the Di Lauro and the Amato-Pagano clans led to a vicious gang war in 2004 that caused over 130 lives. Don Paolo was already a fugitive by then, having disappeared in 2002. He was captured in September of 2005 and is currently serving a 30-year prison sentence.

Marco followed in his father’s footsteps and took the reign of his embattled organization around 2005. He went by the nickname “F4” – meaning fourth son. According to testimony by a pentito (turncoat), Marco Di Lauro was involved in at least four gangland murders.

With such a background story it’s no surprise police came out in full force to apprehend the young crime boss. Around 150 agents were involved in the operation. When they entered the apartment, they found Di Lauro sitting next to his cats while eating a pasta dish. He gave himself up without a fight.