A joint operation by the FBI and Italian authorities has shut down an international narcotics pipeline between South America and Europe. During raids in the United States and Italy agents arrested 26 people. The investigation targeted the Calabrian ‘Ndrangheta and the New York Gambino crime family. And once more, the FBI managed to infiltrate the Gambino family with an undercover operative.

The large-scale operation is named “New Bridge,” referring to a brand new smuggling route between Guyana in South America to Europe via the Calabrian port of Gioia Tauro. Authorities allege that the group planned on smuggling cocaine which was to arrive in liquid form concealed in tins of pineapple or coconut.

Arrests took place in the middle of the night in Italy to minimize the chance that members of the ‘Ndrangheta were tipped off. In Italy the arrested individuals included Francesco Ursino (right), the alleged boss of the Ursino 'Ndrangheta clan based in Gioiosa Ionica, and Giovanni Morabito, nephew of the convicted boss Giuseppe, known as “u’ tiradrittu.”

In the United States, FBI agents arrested seven men who are tied to the Gambino crime family. They include: Franco Lupoi (44), an associate in the Gambino family's 18th Avenue crew and narcotics trafficker, who was in direct contact with the Ursino Clan in Italy; Charles "Charlie Pepsi" Centaro (50), a Bonanno family associate and money launderer; Christos Fasarakis (42), an official of the Alma Bank of New York; Dominique Ali (55), who is connected to Lupoi and the Gambino family; Alexander Chan (46), a middle-man between Lupoi and the South American Cartel; Raffaele Valente (42), a member of the 'Ndrangheta and companion of Lupoi; and Jose Alfredo Garcia (47), known as Freddy, a supplier of heroin and middle-man for the purchase of cocaine with the Cartel in South America.

Franco Lupoi, a Brooklyn resident who has lived in Calabria, allegedly used his close criminal ties to both the Gambino family and the ‘Ndrangheta to pursue criminal activity that stretched across the globe. His father-in-law, Italian defendant Nicola Antonio Simonetta, is a member of the Ursino clan of the ‘Ndrangheta. In 2012, Simonetta traveled to Brooklyn and met with Lupoi and an undercover FBI agent, who recorded Simonetta and Lupoi discussing plans to ship narcotics between the U.S. and Italy via the port of Gioia Tauro in Calabria, an infamous hub of ‘Ndrangheta activity. Simonetta revealed that his ‘Ndrangheta associates at the port would guarantee the safe arrival of container ships containing contraband.

Lupoi exploited his underworld connections to link his mobsters in New York with those in Calabria, forming conspiracies to traffic heroin and cocaine. On the Italian side, he allegedly engaged Italian defendant and ‘Ndrangheta leader Francesco Ursino and others as suppliers of heroin and buyers of cocaine.

Authorities allege Lupoi also plotted to transport 500 kilograms of cocaine, concealed in frozen food, in shipping containers from Guyana to Calabria. In the course of these conspiracies, Lupoi assured his mob colleagues that he had a corrupt port official in Gioia Tauro, indicating that in return for €200,000, the official could guarantee passage of unlimited containers of contraband.

Lupoi further maintained a network of money laundering associates in New York. He and co-defendants Dominic Ali, Charles “Charlie Pepsi” Centaro, and Christos Fasarakis, an employee of Alma Bank in Brooklyn, laundered more than $500,000 in funds that they believed were the proceeds of narcotics and illegal weapons trafficking. Centaro was recorded describing his access to bank accounts with millions of dollars through which he could launder and conceal criminal proceeds.

FBI Assistant Director in Charge Venizelos stated, "As alleged, ‘Ndrangheta’s clan members conspired with members of the Gambino organized crime family in New York in an attempt to infiltrate our area with their illegal activities. Under the auspices of legitimate shipping businesses, the two criminal groups worked together to establish a plan of moving cocaine and heroin between the United States and Italy. Little did they know, there was an ongoing collaboration between the FBI and the Italian National Police to investigate and identify their scheme. This international cooperation between our great law enforcement agencies is one that was established at the beginning of our investigation, and it remains in place today. With every arrest made, both here and in Italy, FBI agents and Italian National Police officers closely coordinated their operations and share the success of this operation."

This operation began in 2012 when an FBI agent infiltrated the Gambino crime family and gained the trust of members of the ‘Ndrangheta as well. It's be the second time the FBI manages to successfully infiltrate the Gambino family. Cuban-American undercover FBI agent Jack Garcia was the first to do so, bringing down an entire crew and many family higher-ups. 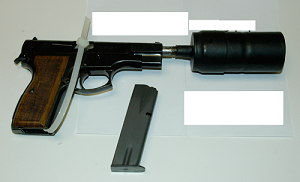 If Operation “New Bridge” sounds familiar it might be because the FBI had an operation called “Old Bridge” in 2008. That operation, too, was aimed at breaking down a link between the Gambinos and organized crime in Italy. Though instead of the ‘Ndrangheta it was Sicilian Cosa Nostra.

As this story develops keep checking back in at Gangsters Inc. as we will do our best to keep you up to date on any news.

Video of AP News about the bust:

Video of the arrests in Italy:

You may need to refresh and/or log in to see the updates.

I added a photo of Ndrangheta boss Francesco Ursino.

Added an AP News video about the bust.