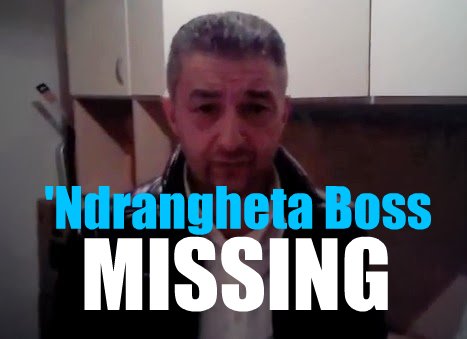 It’s a Mafia mystery! Italian authorities are scratching their heads at the disappearance of ‘Ndrangheta boss-turned informant Antonino Lo Giudice. Lo Giudice was supposed to testify in court, but instead left a message on Thursday recanting all his testimony and then disappeared from witness protection.

According to news group ADN Kronos, Lo Giudice “denied he ordered bomb attacks on Reggio Calabria's main courthouse and the home of the city's chief prosecutor Salvatore Di Landro in 2010. In a letter sent to two lawyers in Reggio Calabria, Lo Giudice also denied involvement in plotting to send a bazooka to another city prosecutor, Giuseppe Pignatone, in October 2010.”

Lo Giudice’s brother Luciano and ‘Ndrangheta members Vincenzo Puntorieri and Antonio Cortese are currently on trial for their involvement in these cases. Puntorieri and Cortese are accused of planting the two bombs, while Cortese is also charged with sending the bazooka to prosecutor Pignatone. An anonymous caller told police to look near the city's anti-mafia headquarters for “a surprise” for Pignatone. There they found a disarmed Yugoslav-made M80 bazooka under a mattress. 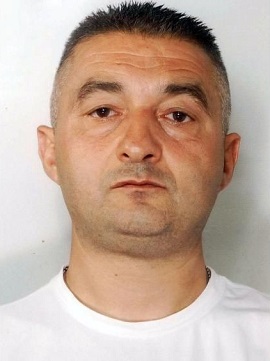 “In his letter, Lo Giudice (right) said that by earlier turning state's evidence he had not repented of his actions and of giving evidence against other mafia members, but insisted he was pressured into doing so by prosecutors. ‘My brother Luciano has resisted those pressures, while I did not succeed.’,” ADN Kronos reports.

Antonino Lo Giudice became a ‘pentito’, or Mafioso-turned-government witness, on October 15, 2010, eight days after being arrested. Prosecutor Giuseppe Pignatone, once at the top of the ‘Ndrangheta’s hit list was now sitting across from him, asking him to give up all the information he knew about the Calabrian criminal organization.

Antonino was not the first in his family to spill the beans. In 1999, his brother Maurizio did the same after he was facing a long stretch in prison for the murder of a restaurateur in Reggio Calabria. Their deceased father Giuseppe, nicknamed “Pepe the Judge”, was boss of the Santa Caterina neighborhood in Reggio Calabria.

But despite turning informant and giving up valuable information, prosecutor Giuseppe Pignatone was cautious with his newest informant, saying that anti-mafia prosecutors were evaluating Lo Giudice's statements to assess whether he could be admitted to Italy's witness protection program, but, he admitted, the signs were “good”. Giudice had led them to a weapons cache and helped them seize assets worth €15 million from five people suspected of acting as front men for the 'Ndrangheta. Most of that wealth was said to belong to Pasquale Condello, one of the group’s most important leaders.

Labeled as the most powerful of the three main Italian organized crime groups, Sicilian Cosa Nostra and the Camorra from Campania being the other two, the ‘Ndrangheta has been a prime target of law enforcement. The Calabrian crime group has grown into an international powerhouse with exclusive drug routes from South America to Europe and connections to Mexican and South American drug cartels.

The last few years Italian police have stepped up their crackdown on the ‘Ndrangheta causing it to panic and fall back on terror tactics similar to those used by Sicilian Cosa Nostra in the 1980s and 1990s when they waged a war on the state.

Antonino Lo Giudice, meanwhile, is nowhere to be found. After he recanted his testimony, he disappeared from the residence where he was under house arrest and living under the protection of the Italian witness protection program. Why he decided to make this move is as of yet unknown as well. Was he pressured? Did the ‘Ndrangheta get to him? And if so, is his disappearance permanent?