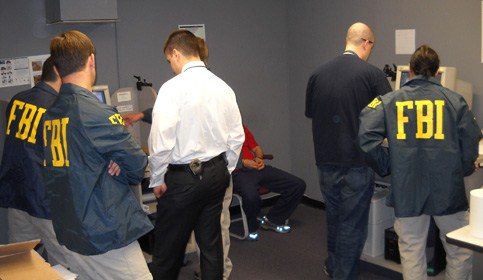 Yesterday, Preet Bharara, the United States Attorney for the Southern District of New York, Janice K. Fedarcyk, the Assistant Director-in-Charge of the New York Office of the FBI, and Raymond W. Kelly, the Police Commissioner of the City of New York announced they had made two more arrests in the bust of a violent Albanian drug gang. Thirteen other gang members had already been apprehended during raids on June 8. What makes these two arrests so noteworthy, though, is that one of these men was employed as the Senior Administrative Assistant to the Deputy Prime Minister of Albania at the time of his arrest on July 2.

Almir Rrapo, 27 years old, served as an aide to the Deputy Prime Minister while on the run from American law enforcement. According to prosecutors, Rrapo was an important member of the Krasniqi Organization, an Albanian drug gang that was led by the two brothers Bruno and Saimir Krasniqi. The gang “sought to enrich its members through various criminal schemes, including the trafficking of more than 1,500 pounds of marijuana, and used firearms and violence to protect its power and territory, as well as to instill fear among rival drug dealers and victims”, according to the indictment. They operated mainly in New York, Michigan, Connecticut, but also in other areas.

The gang, prosecutors say, kidnapped a rival drug dealer at gunpoint, pistol-whipped him, and placed the muzzle of a firearm in his mouth, threatening to kill him if he did not disclose the locations of other members of his crew. Rrapo is alleged to have participated in this kidnapping.

Prosecutors also claim that Rrapo was part of a hit team that murdered marijuana dealer Erion Shehu in a drive by-shooting outside a Queens café on July 17, 2005. Shehu was involved in a turf battle with the Krasniqi gang ever since they had robbed him of a consignment of drugs.

The two leaders of the Kasniqi gang, brothers Saimir and Bruno, had no problem with getting their hands dirty. They participated in robberies, beatings, and even murders.

“While driving on the Brooklyn-Queens Expressway on January 14, 2006, Bruno and Saimir shot Erenick Grezda twice in the head at point-blank range and dumped his body on the side of the highway. The shooting was the result of the Krasniqi brothers’ belief that Grezda had set up Bruno to be kidnapped by a group of Albanian marijuana dealers from whom they had stolen approximately $250,000 worth of marijuana.” Following the murder, the SUV in which Grezda was killed was driven to New Jersey by two associates, where they set fire to it.

Members of the gang are also charged with having conspired to distribute more than 100 kilograms of marijuana, a drug robbery, extortions, firearms possession and use, and obstruction of justice. Almir Rrapo has been charged with Kidnapping in Aid of a Racketeering Enterprise, Use and Carrying of a Firearm, Murder in Aid of a Racketeering Enterprise, Narcotics Conspiracy, Hobbs Act Robbery Conspiracy. It is unknown how a man like Rrapo was able to become an aide to an important Albanian politician while these charges loomed over his head.

The other man whose arrest was announced yesterday is Florian Veshi, 26 years old, of Brooklyn, New York. Veshi is one of the two men who drove the SUV in which Erenick Grezda was murdered to New Jersey where they lit it on fire. If the Krasniqi gang members are convicted of these charges they face life in prison.

Albanian organized crime has steadily become a big problem in the United States. In 2008, the US Census Bureau counted over 200,000 Albanians in the US. Though they only represent a small percentage of the population, and an extremely small percentage of those 200,000 is involved in organized crime, they have managed to make quite an impression in the criminal underworld.

One example is the organization led by Alex Rudaj. The Rudaj gang was comprised of Albanians and Italians and caused a big stir on the streets of New York from the 1990s until their downfall in 2006. Rudaj and his associates even managed to muscle in on gambling parlors run by the traditional Italian-American Mafia.

Whether or not these Albanian groups will ever reach the same level of the Italian mob is yet to be seen. For now it seems these groups are dismantled by law enforcement within ten to five years, leaving no men behind to run the rackets while the bosses are sent to prison to serve long sentences.