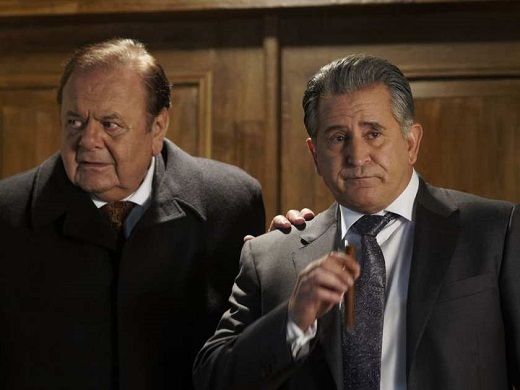 That’s a wrap! The filming of Bad Blood, a six-part, 60-minute scripted series about the Montreal Mafia has concluded and will debut on television channels City and FX this fall. Starring Anthony LaPaglia (Without a Trace) as Montreal crime boss Vito Rizzuto, Kim Coates (Sons of Anarchy, photo below) as Vito’s right-hand man Declan Gardiner, Paul Sorvino (Goodfellas) as family patriarch Nico Rizzuto Sr., and Enrico Colantoni (Flashpoint) as Bruno Bonsignori this is set to be a blockbuster affair. 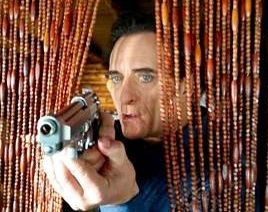 “Bad Blood is a story of family, loyalty, deceit, power, greed and ultimately revenge,” the official press release states. “Montreal Mafia boss Vito Rizzuto is a criminal anomaly – the only man to bring peace among the disparate wings of the Montreal crime world who would serve as a de facto CEO while ensuring a lucrative payday for all. When Rizzuto is suddenly arrested and extradited to Colorado’s Supermax Prison for the 1981 murders of three Bonanno crime family members, the powerful empire he built begins to crumble. Rizzuto watches helplessly as his family and friends are killed one by one. Upon his release from prison in October 2012, a Shakespearean-level revenge tale unfolds, leading to the brutal murders of his closest companions, and ultimately, to the death of Rizzuto himself.”

Bad Blood makes it world-wide debut on City and FX this fall, followed by a Radio-Canada broadcast in French. The series is distributed internationally by Sky Vision. It is based on the nonfiction book Business or Blood: Mafia Boss Vito Rizzuto's Last War by authors Antonio Nicaso and Peter Edwards. Gangsters Inc. talked to Edwards when news about the television series first broke. You can read the interview with Peter Edwards discussing Bad Blood here.