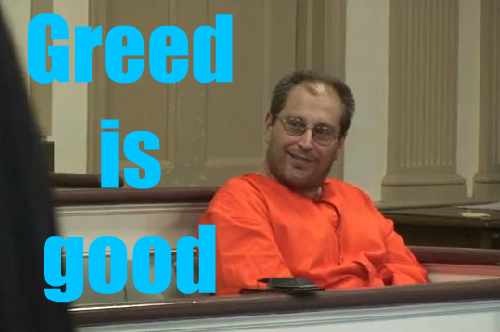 Growing up as the son of Philadelphia mobster “Little Nicky” Scarfo, it was pretty clear that Nicodemo Scarfo “Junior” would have a hard time avoiding the notoriety that came with the family name. For better or worse he began following in his father’s footsteps over twenty years ago. Looking at his past and present it is safe to say his decision hasn’t really brought him much happiness. But then again, who are we to decide?

When his father had become boss of the Philadelphia crime family, Nicky Junior slowly but surely moved towards a life of crime. Wherever he went doors opened and he was greeted with smiles and respect. What a life, he must have thought. He was barely out of school or people were already treating him as a man. The only problem was: it was all fake.

As soon as his father was sent to prison for what amounted to life on various racketeering convictions, the respect and smiles had disappeared. Though, Scarfo Senior still held sway over the crime family by using his son as a messenger between himself and men who remained loyal to him, it was too little to hold on to power.

This was best illustrated on Halloween night in 1989. That evening, Nicky Junior and two of his friends were enjoying a meal at Dante & Luigi’s in South Philadelphia. As the three men are eating, a man wearing a Halloween mask and carrying a trick-or-trick bag, walks up to the table, pulls out a Mac-10 semi-automatic machine pistol and opens fire. Bullets hit Junior in the neck, chest and arm, but all miss vital organs and within days of the attack, he walks out of the hospital alive and relatively well.

No one has ever been charged with the hit attempt but informants and sources within law enforcement claim the masked man was Joseph Merlino, son of Salvatore “Chuckie” Merlino. Chuckie Merlino served as underboss for Scarfo Sr. only to be demoted by him because of his alcohol abuse. It is an interesting anecdote that can be added as a motive, though the real reason for the attack was probably to send a message to the imprisoned mob boss that he no longer was in control of the crime family.

That message was received loud and clear as Scarfo sent his son to New Jersey to stay with the only men still loyal to him. The move proved to be disastrous as Nicky Junior’s bodyguard, George Fresolone, turned out to be an informant. Fresolone recorded numerous incriminating talks between himself and the boss’s son resulting in a racketeering conviction that sent Nicky to state prison for a total of four years and seven months. 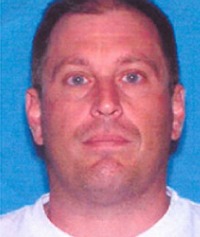 With both father and son in prison and their crime family beyond their control, the elderly Scarfo sought the help of a fellow inmate who happened to be the boss of a major New York mob family. Vittorio Amuso and Nicky Scarfo had become close while doing time together and Scarfo asked Amuso if he could put his son on record with the Lucchese Family. Being on record as a Lucchese associate offered Nicky Junior (right) some protection from Merlino and his Philadelphia crew.

In 2000, some protection turned into full protection when Scarfo Junior became a fully fledged member of the Lucchese Family. He could now rely on the muscle of the New York family to keep him safe from his enemies in Philly. But his membership did not offer him any protection from law enforcement as he was convicted of illegal gambling in 2002 and sent to prison for 33 months. When Nicky Junior was released from prison, he quickly got involved in a scheme that would prove to be a huge cash cow for him.

Law enforcement has been warning the public about how La Cosa Nostra is branching out into so called white collar crimes such as internet fraud and “boiler rooms” which net the mafia millions of dollars. After having been to prison for bread and butter mob crimes like gambling, Scarfo eagerly dived into the new world of corporate crime. Seeing how all those bosses on Wall Street managed to swindle the world out of billions without going to prison, he must’ve thought it was the newest easy way to riches.

Together with Salvatore Pelullo and twelve others Scarfo allegedly devised a plan to take over FirstPlus Financial Group, a publicly traded company located in Texas, and to replace its existing board of directors and management with individuals who would serve at the direction of Scarfo and Pelullo. By using threats of violence and lawsuits the men succeeded in taking control of the company in June of 2007.

According to the indictment: “Accordingly, on or about June 7, 2007, to control the Enterprise's affairs, members and associates of Scarfo and Pelullo caused FirstPlus Financial Group's (FPFG) existing board of directors to appoint additional new members, who had been selected by the Scarfo-Pelullo Enterprise. Following the appointment of these new board members, the Enterprise caused the original board members to resign. The newly constituted board of directors then appointed certain executive officers who served at the direction of the Enterprise.” 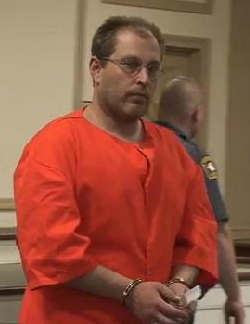 The takeover continued as planned: “These "figurehead" FPFG board members (hereafter "figurehead board") and executive officers conducted transactions designed to benefit the Enterprise while concealing the roles of defendants PELULLO and SCARFO in controlling FPFG. The figurehead board served to "rubber stamp" the directives of PELULLO and SCARFO and made the board's decisions appear to be independent and legitimate to conceal the involvement and control of PELULLO and SCARFO in creating these directives, as well as their illicit purposes. PELULLO used his direct control of the figurehead board to approve transactions that were designed to personally benefit members and associates of the Scarfo-Pelullo Enterprise to the detriment of the FPFG shareholders.”

In layman’s terms: Scarfo (left) and Pelullo had managed to put in place a puppet board that did as they wanted. And the thing they wanted was money, lots of it. By using the company to buy other companies owned by Scarfo and co at inflated prices, the group fleeced shareholders out of at least 12 million dollars, authorities allege.

The money was spent in various ways but with one similar goal: to make life good for those that spent it. “Proceeds of the scheme were used to finance a lavish lifestyle that included luxury automobiles, a yacht, a luxury home for Scarfo, trips abroad, mortgage and rental payments, and jewelry as well as recurring monthly expenses.”

But when your name is Nicodemo Scarfo, your father is doing life in prison after having littered the streets of Philadelphia with dead bodies, and you yourself have compiled quite an impressive criminal record, it doesn’t take law enforcement long to figure out you haven’t turned into a successful legitimate boardroom executive in just a few years after getting out of prison.

After a two year investigation, on November 1, 2011, Nicky Scarfo Junior and thirteen others were arrested on Federal racketeering charges. When the case goes to trial, Scarfo will realize once more that he continues to follow in his father’s footsteps. Maybe even in such a way that in the not so distant future, their feet will face each other as they share a prison cell.

Scarfo Jr. was found guilty of racketeering conspiracy and sentenced to 30 years in prison on July 28, 2015. His associate, Salvatore Pelullo, also received a 30-year term.