“Nothing gets my juices flowing like putting a gun to someone's head” – Profile: Chicago mobster Charles Russell 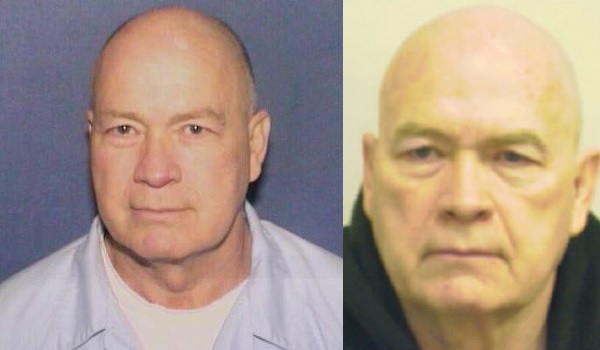 You can call Charles Russell an old-time hood that just doesn’t know when to quit. As a member of the Chicago mob’s Grand Avenue Crew, which was once headed by infamous boss Joseph “The Clown” Lombardo, Russell murdered and stole his way through “the life.”

“Nothing gets my juices flowing like putting a gun to someone's head, taking their stuff and making it mine,” Russell was once recorded as saying, according to court documents. “It will be a great Christmas, I’m telling you.”

“The fun for me is the score,” he said explaining his motivations. “That's how I get my adrenaline. You know how long it takes to come to down for me? I counted money one night for so long my hands were filthy.”

Though countless mobsters like to talk a big game, Russell backed his up. He was convicted of murder in 1973. Almost two decades later he added a conviction for aggravated criminal sexual assault. Sentenced to over three decades behind bars, he was paroled in March of 2011.

On the streets, he went back to his friends in the Grand Avenue Crew. By now, the crew was missing their beloved leader “Joey the Clown,” who had been convicted in the infamous Family Secrets case targeting the hierarchy of the Chicago Mafia.

A career-criminal overseeing a group of burglars responsible for hundreds of robberies and home invasions, Russell got right down to business when he approached an associate about getting some guns for a job he was planning.

This being November 2016, the man turned out to be an informant and quickly shared his information with federal agents with the United States Bureau of Alcohol, Tobacco, Firearms and Explosives (ATF).

Up to speed about Russell’s plans, ATF sent in an undercover agent to meet with the Chicago mobster at the Boundary Tavern and Grille in Chicago’s Wicker Park neighborhood. As goes without saying, agents had the place bugged and listened on in Dolby Surround Sound.

As the tape was recording, Russell outlined his criminal masterplan. He knew an elderly lawyer living in the suburbs who he believed had around $750,000 dollars tucked away in a safe in his home. Russell wanted that cash and he needed some help.

No worries about the burglary equipment, Russell told the men, he had that squared away. They would get police scanners, masks and a new set of clothes. The lawyer, however, did pose a problem. The man was old and could be scared into a heart attack. “He fuckin’ drops dead, we got a fuckin’ murder,” Russell said.

He did need one other thing from the undercover agent, though. Guns. A month later the three would-be robbers met again and Russell gave the agent a wish list filled with firearms, including a submachine gun and an AK-47 assault rifle.

And if the guns don’t subdue their victim and make him open the safe, then he had some backup moves. “If he doesn’t open it, we’re gonna make him open it,” Russell said. “They always open for me, believe me. I bring my butane torch, put it on the bottom of their feet, they open it.”

The only thing that was opened for Russell were cell doors when agents brought him in on charges. On April 4, 2018, he pleaded guilty to a single count of being a felon in possession of a firearm. His sentencing is set for August 17 when he is looking at a minimum stretch of 15 years and up to life behind bars.

It certainly looks like he’ll be dead before that – getting to August can be considered an achievement. Now 68 years old, Russell was diagnosed with stage 4 prostate cancer soon after his arrest and has been undergoing intensive chemotherapy.

“Mr. Russell will not live to serve […] a sentence, and it is unknown whether he even will live until the day he is sentenced,” his lawyer stated.

The judge tends to agree. Russell was allowed to await his verdict and sentencing at home with his girlfriend Patricia Spilotro. If that name rings a bell then you’re right. Patricia is a relative of infamous Chicago mobsters Anthony and Michael Spilotro, whose stories were detailed in the classic gangster flick Casino, directed by Martin Scorsese.

In Chicago the underworld remains a tight-knit affair.