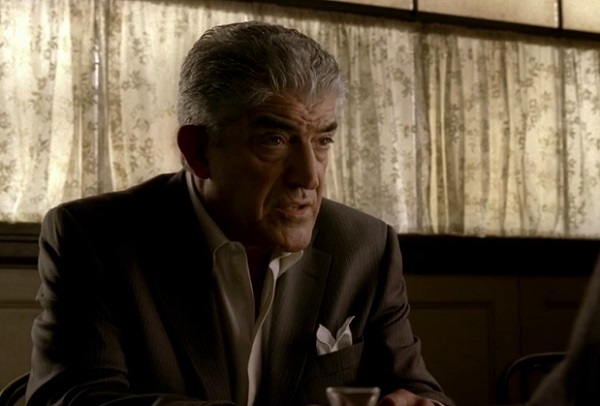 Actor Frank Vincent, best known for his roles in Goodfellas and The Sopranos, passed away of natural causes yesterday at a hospital in New Jersey. He was 78 years old.

Born in Massachusetts as Frank Vincent Gattuso, he was raised in the Greenville section of Jersey City, New Jersey. He studied music at St. Pauls Grammar School and went on to became quite an accomplished musician and played with some of the key 1960s recording artists including Trini López, Del Shannon and Paul Anka, according to his biography on IMDB.com.

Vincent made his film debut in 1976 starring in The Death Collector. It turned out to be his big break. Director Martin Scorsese was entranced by the tough guy actor and cast him in three of his most acclaimed films, beginning with Raging Bull (1980) and following that role up with Goodfellas (1990) and Casino (1995).

It was the film Goodfellas that ensured Vincent’s place in movie history. Playing the character of mobster Billy Batts, he got into an argument with Tommy, played by his lifelong friend Joe Pesci. When the beef seemed to settle, Batts uttered the famous line: “Now go home and get your fucking shine box.”

He also had a long-running partnership with another acclaimed New York director, starring in Do the Right Thing and Jungle Fever by Spike Lee.

Vincent continued playing mostly smaller roles in movies and television, until getting a major part on HBO’s hit show The Sopranos. As New York Mafia boss Phil Leotardo, he played the arch nemesis of New Jersey boss Tony Soprano, played by James Gandolfini who passed away in 2013.

Known by his friends and family as a gentle and kind man, audiences around the world know him as the actor who absolutely nailed the role of a hard-boiled gangster. For those of us who follow the true stories behind these mobster roles, the photo below is probably the most interesting.

It shows Frank Vincent and several other actors along with longtime Colombo crime family underboss John “Sonny” Franzese. If ever someone embodied Vincent’s onscreen characters in real life it would be Franzese. It was taken on the set of This Thing of Ours (2003) by film director and former mob associate Danny Provenzano. 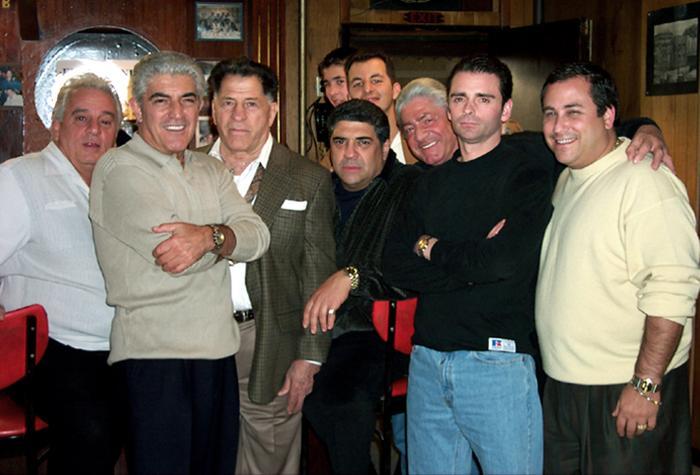 Comment by Troy W Winter on October 29, 2017 at 10:58am
Man, I loved this guy.He seemed to always play a somewhat classy guy. He brought a lot entertainment to a lot of people his family should and I’m sure is proud.