NYPD and FBI bust Crips drug organization in the Bronx 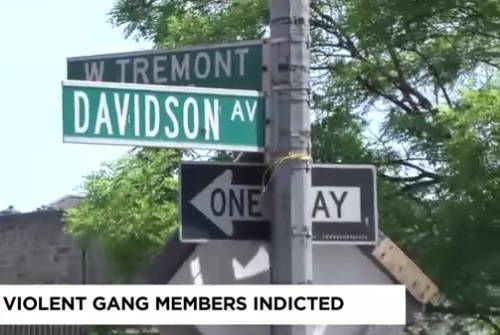 Thirteen members of a Bronx-based drug ring run by the Crips street gang were charged with narcotics trafficking and firearms offenses on Wednesday. Prosecutors allege that these men were part of the Davidson Avenue organization which controlled drug trafficking on Davidson Avenue between West Tremont Avenue and West Burnside Avenue in the Bronx, New York.

The Davidson Avenue crew’s membership consisted of a mix of members and associates of the “55” and “Wildcard” sets of the Crips gang. This mix turned explosive at times when internal disputes over authority broke out. These conflicts came atop their long running feud with the rival Bloods gang, which resulted in violent shootouts.

All the conflict and gunplay aside, the Davidson Avenue crew ran a very lucrative drug ring from 2012 to May of 2017, selling heroin, crack cocaine, and more to eager buyers. They defended their territory ferociously. “As alleged, these defendants, many of them members of the violent and dangerous Crips street gang, used gun violence to control their territory in the North Bronx,” Acting Manhattan U.S. Attorney Joon H. Kim told media.

Each defendant faces life in prison if found guilty.