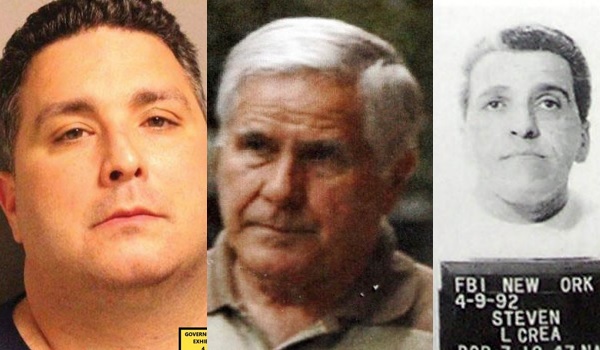 For a few years, the New York Mafia seemed to have quieted down. Increased scrutiny from law enforcement coupled with RICO made mobsters rethink their violent deeds, opting for less conspicuous ways of getting things done. But in the underworld a dog without bite is seen as food. No wonder then that every once in a while, New York’s five La Cosa Nostra families have to flex their muscles and pull the trigger on someone. 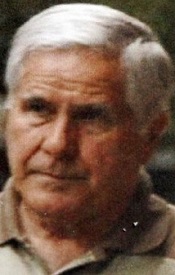 leader Matthew Madonna (right). This was unacceptable for any self-respecting mob boss. So, Madonna sat down with Steven Crea, his acting underboss, to discuss the next steps.

The murder contract was handed to Lucchese family soldier Christopher Londonio. He was close to Meldish and would be able to lure him out of his house for a meeting. Londonio recruited Lucchese family associate Terrence Caldwell as the shooter.

On November 15, 2013, Meldish’s time was up. Caldwell met Meldish and drove with him to a Bronx neighborhood to meet Londonio. As Meldish got out of his car, Caldwell shot him once in the head, killing him instantly. He then got in the car with Londonio as they made a hasty getaway from the murder scene.

After a six-week trial, on Friday November 15, a jury found all four men guilty of murder, conspiracy to commit racketeering, and other felonies. The verdict means that they will most certainly die behind bars. For 84-year-old Madonna an acceptable outcome. 72-year-old Crea (right) might also have accepted spending his senior years in a cell. For 45-year-old Londonio and 61-year-old Caldwell the realization of spending their remaining years locked up might come as a bigger shock. 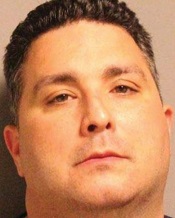 Londonio (left) was also found guilty of conspiracy to distribute narcotics, which carries a maximum sentence of twenty years in prison. He also carried firearms and other weapons, beat an associate of a rival crime family with a baseball bat, and personally participated in extortion, operating illegal gambling businesses, among other crimes. He was acquitted of attempting to escape from the Metropolitan Detention Center using a stack of bedsheets he had been collecting.

Being the all too willing triggerman, Caldwell was also found guilty of ambushing a member of the rival Bonanno crime family in Manhattan on May 29, 2013. He fired several shots into the victim’s car at close range and struck him once in the chest, but the victim survived. He faces a maximum sentence of life in prison for his actions.

For several years, the Lucchese family had a good run. After the years being led by the bloodthirsty bosses Vic Amuso and Anthony Casso, they toned it down and flourished. Then, in the winter of 2013, they commit one murder and the entire house falls on top of them. It ain’t easy running a Mafia family nowadays.