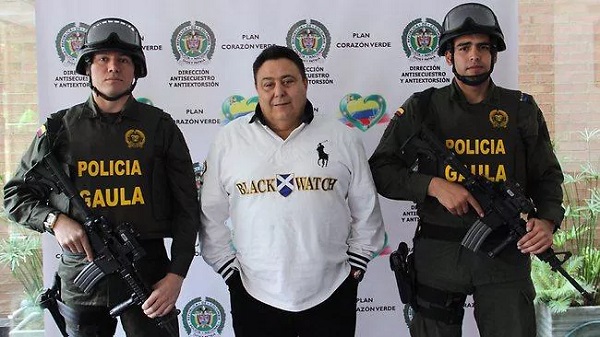 Italian police launched Operation Mala Civitas to investigate around 500 people with convictions for Mafia crimes and check whether or not they collected welfare cheques. On Wednesday, investigators of the Guardia di Finanza presented their results and found that over 100 members and bosses of the ‘Ndrangheta were indeed on welfare.

Either you are a full-blown criminal or you are not. That must’ve been the mindset for these guys. They live by their own code, not by the rules of society. So, they traffic drugs and kill anyone who stands in their way. And, while they’re at it, they cheat the government out of tax money by collecting welfare cheques.

Driving a Ferrari while on welfare

Normally, this government assistance is for low-income or poor households and people actively seeking employment. Not for, as investigators found in one instance, people who own a brand-new Ferrari.

Calabrian mobsters from a wide variety of ‘Ndrangheta clans, or ‘Ndrine,’ were caught red-handed in this fraudulent scheme. They included members and bosses from the Tegano and Serraino clans in Gioia Tauro, the Commisso-Rumbo-Figliomeni clan of Siderno, the Cordì clan of Locri, the Manno-Maiolo clan of Caulonia, and the D'Agostino clan of Canolo.

One of the names that stood out was that of the Pannunzi family. Its patriarch, Roberto Pannunzi (pictured above), is known as 'the Italian Pablo Escobar' and one of the world’s most prolific narcotics brokers. He was active trafficking heroin with the Sicilian Mafia in the infamous Pizza Connection and later linked up Cosa Nostra and the ‘Ndrangheta with Colombian drug cartels in Medellin.

Pannunzi’s oldest son Alessandro was listed as one of the fraudsters collecting government assistance. He is married to the daughter of a Colombian drug lord and himself was convicted of trafficking shipments of cocaine from South America to Italy.

“Always them, always the same subjects,” said the mayor of Locri, Giovanni Calabrese. “They are not ashamed of anything. We need concrete action to help truly needy and jobless people, while avoiding that resources always end up in the wrong hands.”

All suspects were reported and will have their government assistance halted. The government will seek repayment of all the benefits obtained, which amount to approximately €516,000 euros.