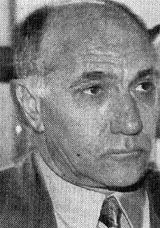 John Stanfa was born on December 7, 1940 in the tiny mountain village of Caccamo, about 30 miles southeast of Palermo, in a region of western sicily long dominated by the Mafia. Stanfa was the youngest of 4 children. He had 2 older brothers and 1 brother in law who were members of the Sicilian Mafia. He came to the U.S. with his wife Nicolena Congialdi and they moved to Philadelphia. In 1967 their first child Sara would be born followed by Joseph 4 years later and Maria in 1976. Stanfa went by unnoticed in his early years. The F.B.I. had seen him hanging around the wiseguy spots but didn't even consider him a big associate. He was registerd as a stonemason and bricklayer by trade. He was set up by his friend Carlo Gambino, the New York Mafia Boss. Gambino was a friend of Philadelphia Mafia Boss Angelo Bruno. Gambino helped Stanfa as a favor for his Sicilian friends. When Bruno was whacked Stanfa was in the seat next to him, it is said STanfa was in on the plot, he didn't say anything however. When questioned he didn't say anything and on May 14, 1980 he was indicted on perjury charges. Stanfa took off and went underground. With the help of his Gambino contacts he set himself up with a nice girlfriend leaving his wife and 3 kids alone letting them survive on foodstamps. After 8 months of hiding Stanfa came out of hiding and on April 21, 1981 he was sentenced to 8 years in prison for lying to the grand jury. In the meantime another Boss got whacked, Testa, and a new Boss took over: Nicodemo Scarfo. At the end of Scarfo's reign, around 1987, the Family was in big trouble. Scarfo brought enormous heat from law enforcement and eventually his underlings began to flip to the other side resulting in lengthy prison sentences for Scarfo and associates.

In 1987 Stanfa got out of prison and for the next several years kept a low profile. He spent some time in Sicily and New York before returing to Philadelphia in late 1989 or early 1990. At that point Anthony Piccolo was acting boss and didn't like his job, he wanted to step down. With Piccolo's, Gambino Family and Genovese Family backing Stanfa became the new boss. Piccolo would become his consigliere and eventually 33 year old Joseph "Joey Chang" Ciancaglini jr (son of a jailed Scarfo Capo.) would become Underboss. As a boss Stanfa always talked about the flaws of Scarfo yet in a lot of ways he did the same thing. Stanfa put in place the street tax again, every criminal had to pay a tax on his activities, this created tension and threats of violence on the streets of Philadelphia, right away Stanfa put in place an atmosphere that wouldn't be good for business. Stanfa sent out Felix Bocchino to collect the street tax, things were running OK for Stanfa, the street tax was easy money. Then Felix Bocchino got whacked.....The media went crazy, they called it the first mob hit since 7 years. At first both Stanfa and the F.B.I. had no clue as to who was behind the murder but pretty soon things became clear.

In South Philadelphia there were a group of young thugs. Sons, brothers, nephews of Philadelphia mobsters, who didn't feel connected to the new administration. The youngsters were led by Joseph "Skinny Joey" Merlino (picture on the left), a young flashy good looking thug who gave great christmas parties. Merlino was the son of former Scarfo Underboss Salvatore Merlino. Other youngsters in Merlino's group were: Steven Mazzone, Marty Angelina, George Borgesi (whose father was an imprisoned Scarfo hitman), Gaetano "Tommy Horsehead" Scafidi and Vince Iannece (whose father was a jailed Scarfo soldier). Merlino and his friends were already running things and were doing pretty good, they already had the street tax in place and so when Bocchino came around collecting what they felt was their money, he had to go. The Bocchino hit would be the first casualty in the war between the young mobsters and the old school Cosa Nostra gangsters. Pretty soon Stanfa found out about the young turks, as they would later be called by the media, and took action. There was a botched hit on Merlino's second in command Michael Ciancaglini. Michael was 29, he was the son of a jailed Scarfo Capo, his brother was doing 7 years for extortion. When asked about the murder attempt Michael said he didn't know nothin' and didn't seen nothin'. At the time of this botched hit Merlino was in jail.

In the meantime Stanfa decided he could use some new blood and got himself some Sicilian soldiers. 2 young guys named Biagio Adornetto and Rosario Bellochi. By the fall of 1992 Stanfa began to plot the demise of the Merlino faction (as it was now called). Stanfa operated by the saying: "Keep your friends close but your enemies even closer" and so he and Merlino would be seen together on social occasions and mob meetings. In September Stanfa held a secret ceremony in which Merlino, Michael Ciancaglini and Adornetto were inducted into the Philadelphia Family as made members. People around Stanfa warned him that these youngsters were no good and that they would bring the whole thing down but Stanfa said he knew and would take care of it. With all these murder plots you'd almost forget the love that was in the air. The 2 Sicilian mobsters that Stanfa had inducted into his Family started making moves for his daughter Sara. One was rejected by her and this would set the stage for another botched hit. The one who was turned down was Adornetto and ever since then he was bad mouthing the administration and Bellocchi, something had to be done. And so Bellocchi went to see his friend with a shotgun, the shotgun wouldn't fire any shots and Adornetto escaped.

Pretty soon Stanfa decided it was time to get rid of that young turk Merlino. Merlino had irritated Stanfa once again, Merlino liked to bet....but when he lost he wouldn't pay the bookmaker. Stanfa didn't understand the guy, going to war with him was the easiest thing. But Merlino was way ahead of Stanfa. On March 2 1992 Stanfa's Underboss Joey Chang (picture on the left) was hit in his social club. He was shot in the head, neck and chest.....but survived, however he was too wounded to ever again become an active Mafia member, at the age of 35 he retired. Stanfa went crazy, where did this young punk get the nerves? Soon he found out. It turned out that Merlino got advice from Joe Ciancaglini sr (Joey Chang's father) and his father Salvatore Merlino. Merlino also made some contacts in prison, his cell mate was Ralph Natale (picture on the right), a 64 year old Bruno Family member doing time for arson and drug trafficking. Natale would be out on parole in 2 years and would be a serious rival to Stanfa. Even more troubling was the fact that Natale had ties to New York, New York ties that would like to see Stanfa go. Merlino was backed by the Genovese Family.

Stanfa moved fast and ordered the hit on Merlino and his 2 top associates. But by the summer of 1993 Merlino and friends were still alive and kicking. They came close to death....but the bombs didn't explode when they were supposed to. Stanfa had to wait untill August 5 1993. In a drive by shooting Merlino and second in command Michael Ciancaglini were shot down, Ciancaglini was dead but Merlino was lucky....he was shot in the ass and would survive. Eventhough Merlino survived Stanfa was a happy man, he felt at ease and on top of things, he was sure that this Merlino kid would fall very soon.....he was wrong.

Stanfa was still high on the succes of the drive by shooting and got careless. And so it was that on August 31 1993 while he was driving to work with his son Joe and driver he drove into an ambush. While getting stuck in trafic a van pulled up besides them, the side doors opened and bullets came blazing through Stanfa's car. Stanfa's son was hit in the face. Stanfa's driver got the car away from the van and managed to escape with Stanfa and his wounded son. Joe would survive but for Stanfa this meant war. The F.B.I. agreed, mobhits in shady back ally's was one thing but mobhits on a busy highway was another and so they turned on the heat on the Philadelphia mobsters. Stanfa wanted the entire Merlino faction wiped out. For several weeks hit teams from both factions were on the look out for targets. 2 Merlino associates were whacked and Merlino and his top associates went underground. 1 even changed sides: Tommy "Horsehead" Scafidi, stepped over with info to Stanfa.

On November 15 Merlino was arrested by the F.B.I. and charged with violating his parole. On November 23 he went back to jail. Stanfa had some more problems of his own at this time: he discovered he had an informer, a rat among his Family. When he ordered the hit.....it failed, the guy escaped with 2 bullets in his head. Stanfa knew he was in trouble now. On March 17 1994 Stanfa and 23 top associates were indicted on racketeering charges that included murder, murder conspiracy, extortion, arson, kidnapping and obstruction of justice. Stanfa knew he had rats but where did the Feds get the proof for all these things? Well, turns out the F.B.I. had Stanfa bugged from the early weeks of his reign as boss. The entire war and mob business were caught on tape by the F.B.I., the Joey Chang hit was videotaped.....this along with the informers and future informers (Bellocchi would flip later on, as would others after sentencing.) would bring the entire Family down. Stanfa knew his time was up and took it like a man. In November of 1995 John Stanfa was sentenced to 5 consecutive life sentences.