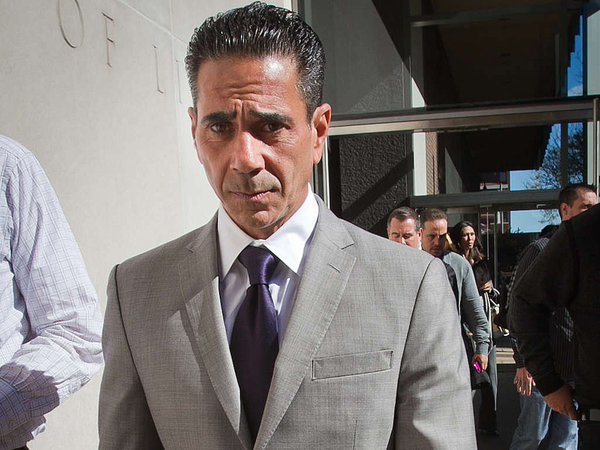 Philadelphia mob boss Joseph “Skinny Joey” Merlino joked around with reporters outside Manhattan federal court yesterday. How could he not? Two years ago, he was indicted in a huge conspiracy case involving members and captains of five different Mafia families. On Wednesday, he was sentenced to just 2 years in prison for illegal gambling.

That’s peanuts to a guy like Merlino who has spent almost two decades of his 56 years in a prison cell. That’s why he stood outside the court building relaxed, smoking a cigarette and shooting the shit with reporters.

Things didn’t look this serene a few years ago when he and over forty other mobsters were hit with serious racketeering charges and the news that one of their own had “flipped” and become a cooperating witness for the government.

Walking away from the court building he “chuckled as he remarked that President Donald Trump was right to suggest that criminals who become government cooperators or so-called ‘flippers’ perhaps should be outlawed,” NBC Philadelphia reported.

Merlino was referring to comments made by President Donald Trump about his former associates who cooperated with special counsel Robert Mueller’s investigation of Russian interference in the 2016 presidential election.

Still, despite the bad odds, Merlino took on the prosecution and scored a huge win when his high-profile racketeering case ended in a mistrial. After three weeks, followed by almost 30 hours of deliberations, the jury remained deadlocked.

He then pleaded guilty to avoid a second trial and be done with it.

The judge was happy to oblige and sentenced him to the maximum 2-year term. Merlino was ordered to report to prison in 45 days, giving the notorious mobster some time to spend with family and friends as a free man.

If I ever get arrested. I wonder what my chances are if I say “ Hey Judge, yeah that conviction I plead guilty to is cool but reporting to jail today isn’t working for me.Tommorow either. I’m busy for the next 44 days. 45 would be perfect thanks buddy” As the bailiff was giving me some taser therapy. Give me a break.