It was a nice run while it lasted, but after eleven years at the helm of Philadelphia’s mob family, Joseph Ligambi has been arrested. He is charged with illegal gambling, extortion, loansharking, and obstruction of justice. A dozen other members and associates of the Philly mob have also been indicted on racketeering charges yesterday.

Reporter Dave Schratweiser was quick to point out that this was a bust that was hanging in the air for a long time. “This is that long-awaited mob indictment that George Anastasia and I have been talking about on 'Mob Talk' for probably three or four years, at least”, he said in a television interview. Crime reporter George Anastasia has written several books detailing the old and recent history of the Philadelphia crime family and knows it inside out. 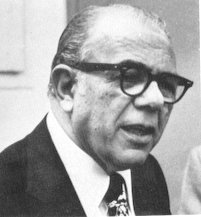 Though it didn’t take an expert to know Ligambi’s run would end one of these days. Mafia bosses in Philadelphia haven’t had much success. The last one to have a long taste of power and riches was Angelo Bruno (left) and even his life ended with a shotgun blast to the face. His successors all ended up dead or in prison within ten years.

But a lot of those short runs had to do with the violence that surrounded the Philly mob. Internal wars that resulted in murder and mayhem and, eventually, led to turncoats and prison time for those involved. Ligambi was going to do things differently.

And he did. During his reign there was hardly any violence. Certainly not the kind people were used to during the time of his predecessors or the kind that could be linked directly back to him. Authorities did not file any murder charges in the current indictment either, further emphasizing the fact that Ligambi’s tenure was not necessarily less violent but definitely a lot more quiet and secretive. 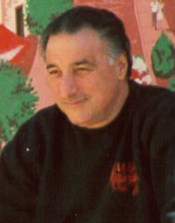 According to the indictment, Ligambi (right) was the boss of a criminal enterprise named the Philadelphia La Cosa Nostra Family. From 1999 until January of 2011, he was the undisputed leader and settled disputes between mob members and allocated the organization’s profits.

Together with high ranking members Anthony Staino Jr. and Joseph “Mousie” Massimino, Ligambi ran the JMA Video Poker Business. JMA stands for Joseph, Mousie and Anthony, their first/nicknames. Via this company the three men operated video poker machines that were located across Philadelphia and the Pennsylvania region and put in bars, restaurants, convenience stores, coffee shops and numerous other spots.

Most machines were rigged in such a way as to continuously provide the mobsters with hefty profits. One machine could generate as much as $1,000 a week. JMA was to conceal the illegal nature of the business, authorities allege. Mobster Anthony Staino was taped claiming it was a way to: “Hide the money from the feds”. Staino would know, as he picked up most of the collections. Driving from his home in South Jersey to Philadelphia spots that had one of his machines.

In another conversation he tells an underling: “You tell this motherfucker, but not on the phone. He made his money. Everybody’s making money and I can’t get mine. Now you can’t get out of the situation. You got all this fuckin’ money out with this guy that nobody even fuckin’ knows, and I’m gonna have to fuckin’ … hurt this guy for something, for fuckin’ something that I didn’t even do… I got two fucking gorillas.. fucking chop him up…”

As if things didn’t look bleak enough, he also threatened an undercover cop who he told: “Not to fuck with me” and “Please, on my life. I like you. I don’t want to fucking have to hurt you.” It would be unfair to point out Staino as the sole weak link.

Even Ligambi was caught up in using the mob family’s violent past to intimidate. Authorities claim he did so to a person who was to appear in front of a grand jury by placing his hand on him and making threatening statements to withhold a photograph from an official proceeding. A small gesture for a violent mobster but one that is labeled as obstruction of justice.

If convicted on a single racketeering conspiracy charge each man faces a maximum sentence of 20 years in prison and a $250,000 fine. This indictment could mean the end of the current leadership and middle management. For a small family such as this one that could mean extinction. Of course, the media keep saying that about American La Cosa Nostra.