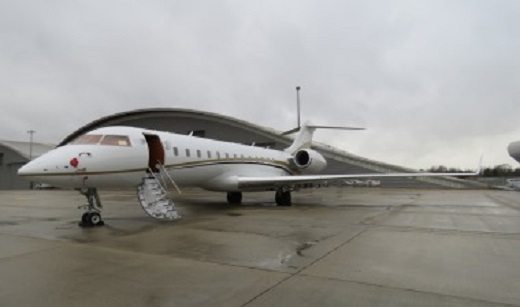 Four men who hired a private jet to smuggle half a ton of cocaine into the United Kingdom from Colombia have been jailed following a National Crime Agency (NCA) investigation. Following a four-week trial, today a jury found four men guilty of coke smuggling.

49-year-old Martin James Neil and 28-year-old Alessandro Iembo, both from Bournemouth, and 40-year-old Spanish national Victor Franco-Lorenzo were sentenced to 24 years. 56-year-old Spaniard Jose Ramon Migueles-Botas was sentenced to 20 years. A fifth man, who was also on trial - Stephen Neil, brother of Martin - was found not guilty.

“These men deviated from their seemingly normal lives as bricklayers and waiters to play high-flying businessmen, using luxury cars, hotels and even a private jet to try and pull off a plot they thought would make them millions,” Ian Truby from the National Crime Agency said. “Although this was not a particularly sophisticated smuggling attempt it clearly had significant financial backing. The loss of profit that would have been made from this seizure will be a huge hit to the wider criminal networks involved.”

The seizure sparked an NCA investigation into the crime group and a parallel investigation in Colombia, where a further five people were arrested. The group had posed as businessmen involved in the world of crypto currency and the music industry to hire the jet, claiming they were travelling to Bogota to see music superstar Bruno Mars.

The trip was organized with Diamonte Jets by a female associate who arranged for the five men to fly out to Colombia on January 26, 2018 and paid the £138,500 for the hire of the jet in cash. She requested that a specific company, Central Charter, handle the flight on arrival in Bogota.

NCA investigators identified that the associate had arranged an almost identical trip for three members of the crime group in December 2017, the only difference being the jet made a stop in the Azores on its return journey.

In the build up to the January trip, Jose Ramon Migueles-Botas travelled to Britain from Spain and checked in to the Premier Inn hotel in Bournemouth, close to where Martin Neil and Alessandro Iembo were living at the time.

On January 25, they all travelled to the Chelsea Harbour Hotel, London, where they stayed the night.

The next day, luxury cars arrived to take them, along with their 12 suitcases, to Luton Signature Airport where they boarded the private jet to Colombia.

Colombian police identified that the Bogota-based criminals used a range of tactics intended to help the illegal transaction go undetected, including the use of armored vehicles to transport the drugs and a bogus policeman with fake sniffer dog to ‘inspect’ the luggage before it was re-loaded onto the plane.

The group flew back to Farnborough Airport in Hampshire three days later, at which point their now 15 suitcases were selected for further inspection by Border Force officers. The officers conducting the search recovered 513 individually wrapped blocks of cocaine. All four men claimed they were unaware the drugs were in their cases.

Officers also seized multiple mobile phones from them, one of which was an encrypted, self-wiping phone belonging to Iembo. Call data recovered from the phones would later tie them all to each other and the conspiracy.