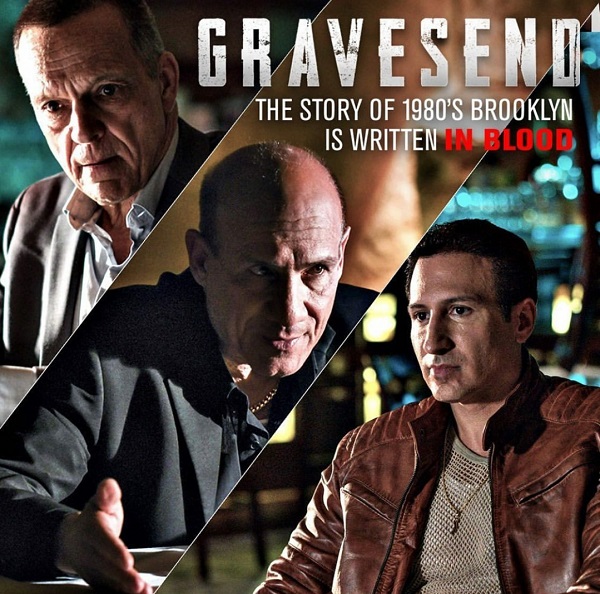 Is Brooklyn in the house? Hell. Yes. The brand-new mob series Gravesend just premiered on Amazon Prime and is set to become the latest Mafia epic to mesmerize viewers. Gangsters Inc. sat down with William DeMeo, who created the series and stars as its main character; a mob soldier moving through the New York underworld of the flashy and volatile eighties.

“Gravesend is trending number one on Amazon,” DeMeo says with a big smile when Gangsters Inc. talks to him. “A great feeling!” he adds. Anyone would be happy when his or her project becomes a success, but this is much more than that, to DeMeo, this is his baby. “Absolutely!”

Gravesend tells the story of Benny Zerletta (played by DeMeo), a mobster who wishes to escape the underworld and live in peace with his religion. Most importantly, he aims to escape the life in one piece. A difficult task in the Brooklyn underworld of the eighties. 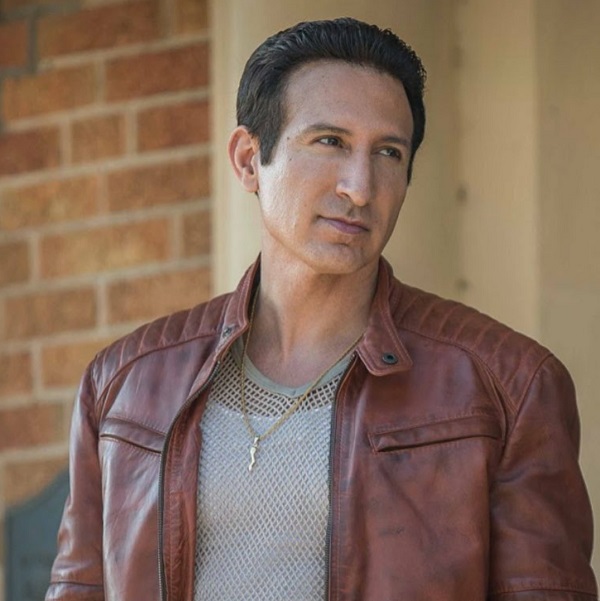 DeMeo: “It’s a totally independent project that I put together myself. I started working on this series around three years ago. It was titled The Neighborhood back then, but after we finished shooting, another show used that name, so we changed it to Gravesend.”

It turned out to be a much more fitting choice. “The series takes place in Gravesend, a section in Brooklyn, New York, where I grew up,” DeMeo explains. “The name is catchy. It has the ominous sound: grave, as in death; end, as in the end of life. Which is typically the ending for a lot of gangsters who are part of ‘The Life’,” DeMeo adds. And a lot of mobsters came - and still come - from this neighborhood.

“We could throw in a hundred names and go on for hours talking about all these guys that are well-known gangland figures from Brooklyn. From Carlo Gambino and Carmine Persico to Wild Bill (Cutolo) to Gaspipe (Casso), even John Gotti, who was originally born here. The list of Brooklyn mobsters is long and infamous,” DeMeo concludes.

“Growing up there was fascinating,” DeMeo remembers fondly. “You couldn’t grow up in my neighborhood, hang out and play on the streets, and not know people that were connected to the mob. It was impossible. If you hung out on the corner with your friends, you couldn’t not know a gangster. That goes for everyone. Anyone that is from my neighborhood. You had to know one cause you couldn’t avoid them. They were part of the social fabric. I grew up on Avenue U and on every block there were two Mafia social clubs. You couldn’t walk ten blocks without seeing maybe twenty made guys.” 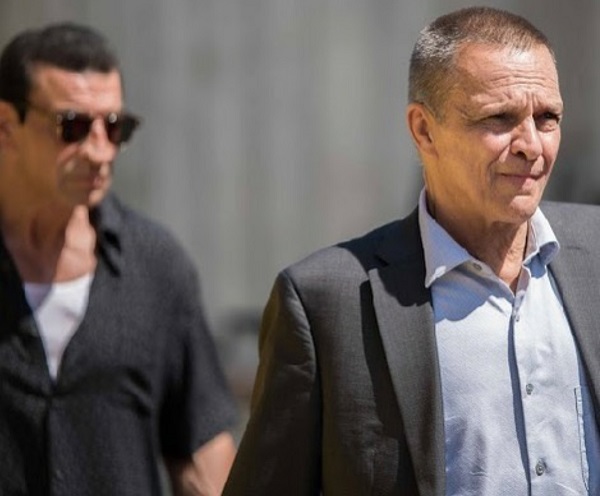 These guys made quite an impression on the youngsters hanging out on the streets. “They were bigger than life,” DeMeo explains. “Your father is working hard and these guys are just on the corner hanging out. They have nice cars, beautiful women, just having a good time.”

Mafia violence of the eighties

Still, everyone knew that underneath the layer of glamour streamed a violent undercurrent ready to explode when needed. “As a kid you just knew to stay in line,” DeMeo says. That violence is on full display in Gravesend on Amazon Prime.

Are we seeing anything that happened in real life? “This is not based on any particular person,” DeMeo explains. “The mob families in Gravesend are supposed to be certain real New York crime families, but as a writer you take circumstances and real events and use and mold them to fit your narrative. I just used different stories and twisted them a bit. I took my inspiration from the entire history of Brooklyn. Right now, we made 4 episodes, but I have 10 more episodes ready to go.”

The decade in which Gravesend takes place provided DeMeo with plenty inspiration. “In the 1980s, mobsters were much more out in the open, hanging out at social clubs,” he says. “Look, it’s always been a secret society, and certain guys rolled different ways, but back then they were everywhere. I think in that respect the 1980s were the heydays for the mob. You had the hit on Paul Castellano, John Gotti brought the Mafia into the spotlight and had hundreds of guys at his social club. Cosa Nostra at that time, right before the Colombo family war popped off, shined the most.”

DeMeo knows the eighties well, he was a youngster during those years. Having fun, going to clubs, enjoying life. “I feel like the 1980s was such a great decade. Especially in New York! The Mets won the series in 1986, the Giants won the Super Bowl. The excellent music. The way we dressed! Gold chains and pinky rings. The cars we drove. It was a great time.”

DeMeo managed to capture all of this in Gravesend. But most of all, this series is an homage to his native Brooklyn. “I’m a proud Brooklynite,” he tells us. “I had a really good time working on this. First of all: We had a tremendous cast! Really good actors who’ve been in a lot of critically acclaimed hits.” 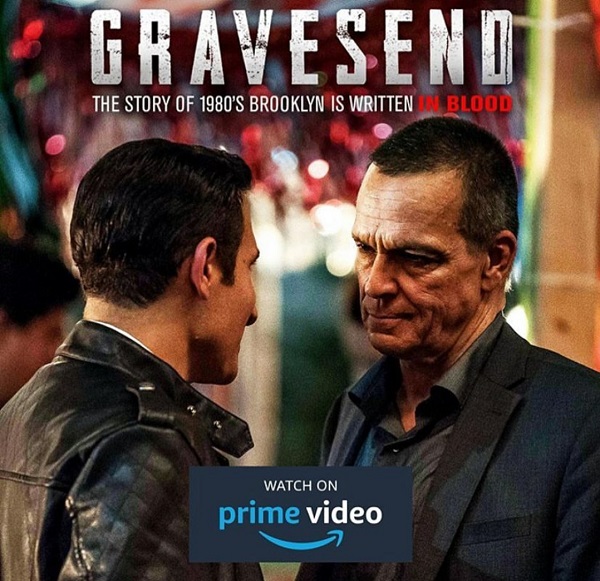 Not to mention that if you love gangster movies and series, you will see a lot of familiar faces in Gravesend. DeMeo himself has starred in The Sopranos, Analyze That, Boss of Bosses, and Gotti. He is joined by such veteran actors as Paul Ben-Victor, who most of you will know as The Greek from The Wire, James Russo, who starred in Donnie Brasco, Nicholas Turturro, Louis Lombardi, Leo Rossi, Chris Tardio, Bo Dietl, and many more. DeMeo knows and is friends with most of them and simply dialed their personal number to ask them to take part in Gravesend.

It made working on this project feel like hanging out on the street corner with friends. And not just any corner on some film set in Hollywood. No, a real corner in Brooklyn. Surrounded by all the people that live there. “All the extras were people I grew up with, am friends with, their kids joined too,” DeMeo says beaming with pride. “The beauty of this was that the whole neighborhood came together for this series. It was so amazing to be around all these people I grew up with creating something that would make them proud.”