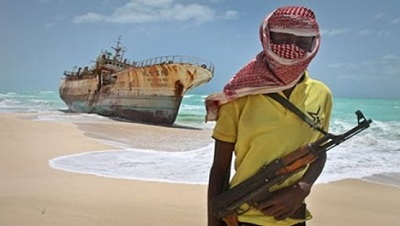 The world is changing and either you adapt and survive or you get left behind to die. With increased security on international ships and vessels traveling the dangerous oceans and high seas, pirates have had a more difficult time than usual getting paid. So, they changed up their modus operandi and used high tech cybercrime in their quest for loot.

According to Verizon's Data Breach Digest, a new report by Verizon's cybersecurity team, pirates were able to hack a global shipping company by uploading malicious software onto the company's content management system. Once in, they could access data such as bills of lading for future shipments.

Armed with this information, the pirates could target a ship loaded with a specific shipment they were after. The ship’s crew noticed the change in the pirates’ behavior as well.

When the entire crew was huddled together and confined in one compartment it was business as usual. But what happened next wasn’t.

While they were locked up and anxiously awaited the return of their hostage takers, the pirates went directly to the cargo container they were after and, with their bootie, made a speedy exit.

Or, as the report says, “They’d board a vessel, locate by bar code specific sought-after crates containing valuables, steal the contents of that crate—and that crate only—and then depart the vessel without further incident. Fast, clean and easy.”

These were pirates with smart technology. If we were talking pirates 2.0 before, then these are pirates 3.0, the newest - and upgraded - version.

Despite their high tech ways, the pirates did not impress the people at Verizon, “These threat actors, while given points for creativity, were clearly not highly skilled,” the report says. “For instance, we found numerous mistyped commands and observed the threat actors constantly struggled with the compromised servers.”

They also were unable to hide their activity and erase their trace.

But, they did make off with the loot, which, in the life of a pirate, is what it’s all about.