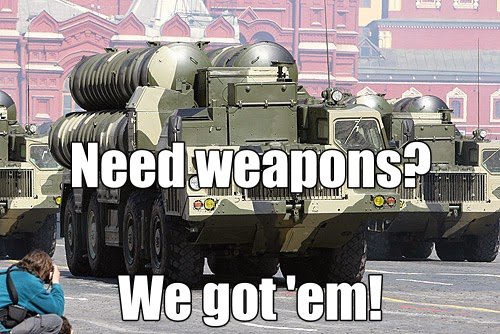 When the Soviet Union crumbled there were plenty of men who used the absence of a strong government to enrich themselves. The fall of the Iron Curtain ushered in the rise of the powerful oligarchs and introduced the world to Eastern European gangsters with access to the best and most advanced weaponry money can buy. One of those men currently is under a lot of scrutiny in Poland. Our very own Ron Fino was onto him while working with the FBI and CIA in rounding up bad guys in Europe.

“There is a lot that I cannot mention,” Ron Fino begins. The former FBI and CIA operative-turned author is cautious not to hinder any ongoing investigation, but knows all the details. Working as an undercover he infiltrated the network of one of the world’s largest weapons dealers. 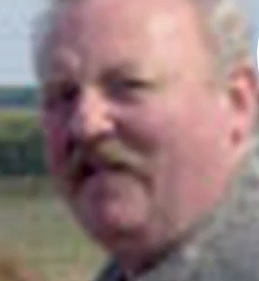 “Around 1998, I was informed that a dual citizen (Poland-USA) named Wieslaw “Wesley” Michalczyk (right) was involved in getting large shipments of military equipment to Iran, Syria, and numerous African nations. While in Belarus, I learned that Michalczyk was a partner of Vladimir Peftiev, who ran a large arms trading company based in Belarus called “Beltechexport”. Both men were utilizing a myriad of corporations to cloak many of their transactions.”

“In order to maintain an appearance of legitimacy,” Fino explains, “[Michalczyk] purchased a Chicago restaurant that was featured in the 1989 movie ‘Roadhouse’ with Patrick Swayze. However, the limited business proceeds could not cloak his vast sums of illicit cash. After consulting with his associates in the U.S., Poland, and Eastern Europe He opened up off shelf corporations and off-shore bank accounts in Cyprus, Switzerland, Bahamas, Barbados, Virgin Islands, and in the United Kingdom. This answered part of the problem.”

During this period, Fino found out that Michalczyk was playing all ends. “In 1994 Beltechexport sold a Russian SA 300 (Sam 10) anti-missile defense system to the US -Canadian firm Athos for 500 million dollars. ATHOS was run by Emmanuel Weigensberg, an Iran-Contra figure and a close associate of former United States General Richard Sicord, who was also President of Trans World Arms. Eventually the deal was canceled by Russian authorities. The Russians were upset over Belarus selling secrets. I was informed by a Belarusian citizen named Anatoly Neverov that the technology of the SA 300 specs and design had in fact already been transferred to North America.”

Neverov moved around in a dangerous world, but that didn’t stop him from openly berating Michalczyk. “I expressed my worry,” Fino says. “I told him that these guys are heavyweights and that he might get killed unless he stops publically demeaning them. Burley, unshaven, and constantly drunk Neverov became a constant companion and would introduce me to his friends including former KGB agents. At a drinking session in the basement of KGB headquarters there is the KGB Club where we would go to have a few pops. One evening he went into a tirade about Michalczyk and his being an American spy and that he had a penis implant and a hand pump that would bring stiffness to his penis. One of the former KGB agents told him to shut up and that he didn’t know the full story.”

On September 11, 2001, gunmen visited the home of Neverov and murdered him in front of his wife and children. His killing has never been solved. “I was in Belarus early that fateful morning and was watching the tragic events that were taking place in the United States. The Neverov killing never made it into the media, at least then, and I did not learn of it until I returned back to America. When I did return to Belarus, I renewed my efforts to unravel the mystery surrounding Michalczyk. Eventually utilizing a business deal, we got together at first in Warsaw, Poland, then Minsk, as well as at his business locations in the United States, in the Chicago area.” 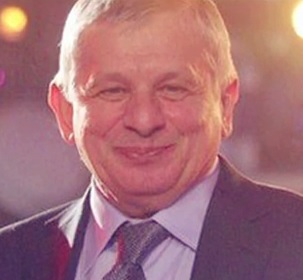 Vladimir Peftiev (right) and Wieslaw Michalczyk were doing great for themselves. Around 2002, Michalczyk purchased a large yacht that was parked in one of the rivers running through Moscow. He moved around while constantly surrounded by bodyguards. When Fino met him at a party Michalczyk had twenty bodyguards making sure he would not be harmed.

“They were selling so much equipment to Syria, Iran, and Iraq that some of their equipment was ending up in Chechnya and used to kill Russian soldiers and its loyalists. In a conversation I had with Gennady Troshev at a party in Moscow, the former Commander of the Russian Army in Chechnya just after he was relieved by Putin, he said to me, “How do I fight an enemy that is constantly being supplied with technology and weapons by my own country?”

In the summer of 2000, Peftiev was spotted in Minsk with Austrian national Norbert Furst, a weapons dealer and president of the Redway Holding Corporation, which was registered in 2003 in Road Town, British Virgin Islands. Peftiev also met with some Middle-Eastern men in Geneva, Switzerland. Fino later met a source who confirmed that Peftiev and Michalczyk were supplying terrorist organizations. Fino: “There is a lot more, a lot, that I can’t get into.”

Meanwhile, the Polish media is turning up the heat on Michalczyk. A new documentary (see below) investigates Wieslaw Michalczyk and his vast empire in Poland and Eastern Europe. Ron Fino was interviewed by the journalists involved in this project as well and can be seen in the opening minutes. “There have been and continue to be investigations taking place in Poland, and Interpol is looking into Michalczyk as well. I can tell from the documentary that they have uncovered quite a lot about his operations there. I have documentation as well as names, corporation records, associates, and methods these war merchants use to filter the illegal funds received from weapon sales.”

Bringing down Michalczyk won’t be easy. He’s a shrewd man, as Ron Fino quickly learned during those years. “When I had brought it to the attention of the FBI, the CIA of course was interested, and then all of a sudden they didn’t let me go in and investigate anymore. It was shutdown. Now that tells me that he, Michalczyk, was playing both ends. I believe Wesley was what you may call a triple agent, he’s worked for Belarus, Russia, and the United States. I say the U.S. because he was beneficial in obtaining SA-3 technology and shipping it to the United States.”

Men like that usually find a way to continue playing all ends in order to survive. And as long as most of the parties involved find he is worthy to their cause, he will live in freedom yet another day.