Prison Breaks - From mobsters and hitmen to serial killers and drug lords: The men who escaped from jail 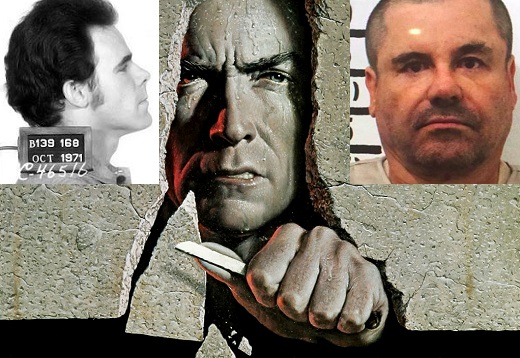 Prison escapes always manage to capture the public’s attention. There is something about criminals using their brain and brawn to break out of a guarded fortress built to keep them locked in. Author John DuMond wrote two books about prison breaks and knows exactly how these mobsters, hitmen, serial killers, and one rich drug lord did it and which break outs were the most brazen, most professional, and which one was just plain dumb.

“Prison breaks are, at their core, stories of adventure,” DuMond tells Gangsters Inc. “You have desperate individuals willing to attempt a daunting task – breaking out of a place designed to keep them in – and able to leverage every ounce of their ingenuity to make it happen. Most inmates never make even a half-hearted attempt to break out, but some of those who do are quite clever. It never ceases to amaze me how ingenious some of these guys are.”

Over the Wall, his most recent book, is a true crime short story, DuMond says. “It tells the tale of the 1947 escape from Holmesburg Prison in Philadelphia. Five inmates climbed over the outer wall and made a mad dash for freedom.”

The idea for the book occurred while DuMond was researching his previous book titled Under the Wall. DuMond: “I came upon the fact that four of the Eastern State escapees attempted another escape not two years later. As I dug into the details of that second escape, I realized that it was just as interesting as their 1945 prison break.”

Both books are currently available as an e-book on Amazon. It's exclusive to Amazon for the time being, so it can be borrowed by Kindle Unlimited subscribers.

The Escapes: From Brazen to sophisticated to plain dumb

When it comes to breaking out of prison, there are countless ways to plan it, to try it. However, most penitentiaries offer scant opportunities. These buildings were created to keep people in. To keep dangerous men and women away from society. Therefore, when inmates do manage to escape, we love hearing about how they managed to do it.

These breakouts range from the successful to the failed. From brazen to plain dumb. But each one shows a sign of brainpower behind it. “There are so many examples to choose from,” DuMond says. “But if I had to pick the most brazen attempt, I'd go with serial killer Robert Garrow's 1978 escape from Fishkill Correctional Facility in New York. Garrow's son smuggled in a gun hidden in a bucket of fried chicken during a visit to the prison. One night, Garrow took the gun, ran for the outer fence, climbed over and disappeared into the woods near the prison. Pretty impressive feat for a guy who'd been confined to a wheelchair for five years. Needless to say, he'd been faking his paralysis for the entire time. Garrow was eventually cornered in the woods by corrections officers and state police. He died after a brief shootout.”

When it comes to the most sophisticated escape, DuMond puts his money on the 1945 Eastern State escape. “These guys dug a 100-foot tunnel fifteen feet below the ground,” DuMond explains. “They had to build a framework to prevent cave-ins, they had to run electricity into the tunnel to provide light, and they had to discard a whole lot of dirt without being noticed by the guards. Not to mention fashioning digging tools out of stolen spoons and tin can tops. It took them over a year to construct, and they managed to do it with little or no outside help.” 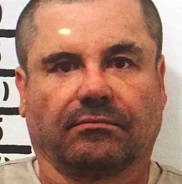 Escape via underground tunnel, hmm, that reminds us of a very recent breakout, no? Mexican drug lord Joaquin “El Chapo” Guzman (right) managed to flee from his maximum-security prison cell via a similar construction.

But unlike the guys in 1945, Guzman had a massive organization to assist him, DuMond is quick to point out. “As head of the Sinaloa drug cartel, he had the kind of resources most would-be escapees can only dream of,” he says. “The tunnel he escaped through was twice as deep as the Eastern State tunnel, and was almost a mile long. Of course, he could afford to pay professionals to tunnel in from the outside, rather than trying to tunnel out from the inside using improvised tools.”

Despite his grand escape, “El Chapo” still made plenty of foul ups along the way. “Guzman, like most escapees, didn't have a good long term plan,” DuMond says. “He still wanted to run his business while on the run. That meant he'd have to maintain communications with members of his organization. He also met with American actor Sean Penn and Mexican actress Kate Del Castillo. Doing things like that leave trails for the police to follow, which they did. Now he is languishing in a Mexican prison awaiting the outcome of extradition efforts by the U.S. while his former drug empire falls apart.”

Wiseguys breaking out of the can, back into “the life”

The Mexican drug cartels undoubtedly have the biggest means to execute a prison break, but what about the American Mafia? In its heyday, they were “bigger than US Steel.” Any mobsters who managed to flee the can?

“Mob associate Fred Tenuto escaped from prison three times,” DuMond offers. “He was one of the Eastern State ‘tunnel rats,’ as well as being one of the five that escaped from Holmesburg in 1947 by going over the wall with ladders stolen from the prison power plant. He was the only one of the five who was never captured. There was a rumor that he went to work for Albert Anastasia, of Murder, Inc. fame. He disappeared not long after his fellow escapee Willie Sutton was arrested in Brooklyn in 1952.”

DuMond: “According to mob turncoat Joe Valachi, on Anastasia's orders, Tenuto killed the guy who tipped off the cops to Sutton's whereabouts. I'm inclined to believe that Tenuto pulled the trigger, but I've always had my doubts about Anastasia's involvement in that murder. Since Valachi worked for Vito Genovese – a rival of Anastasia's, who was likely behind his 1957 murder – I'm inclined to take anything Valachi says about this particular subject with a grain (or ten) of salt,” DuMond smiles.

“There was also Joe Sullivan,” DuMond continues. “In 1971, he became the first person to escape from Attica Correctional facility in New York. He built a makeshift ladder out of stole pipes and climbed over the wall while some of the other inmates distracted the guards. He was captured a few weeks later.” 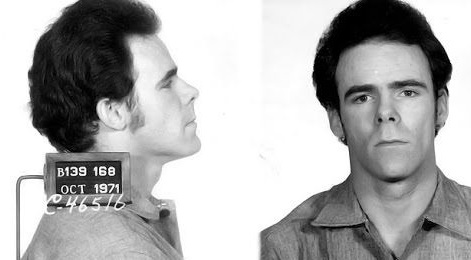 Prison, however, did not make Sullivan (photo above) a changed man, as the saying goes. “After he was paroled, Sullivan went to work as a hit man for the Genovese Family in New York,” DuMond says. “He was a suspect in the murder of Irish mob boss Mickey Spillane in 1977. He was eventually convicted of the 1981 murder of Teamsters official Tom Fiorino in Rochester, NY, as well as two other murders.”

Now aged 77, Sullivan is incarcerated in New York's Fishkill Correctional Facility. “He's eligible for parole in 2069. I guess it's safe to say his prison breaking days are behind him, but I guess you can never be sure,” DuMond jokes.

When discussing prison breaks, a joke or two are never far away. There frequently is humor behind these escapades. Especially when talking about the dumbest attempts.

“There was a guy in Brazil who had his girlfriend smuggle in some women's clothes and a wig during a visit,” DuMond laughs. “He put them on in the bathroom and tried to sneak out with the visitors. The guards noticed that one of the women seemed to be having trouble walking in high heels, so they stopped her for questioning. The ruse came unraveled at that point. I guess the object lesson is to never underestimate the importance of having the proper footwear.”