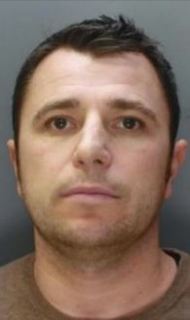 Albanian drug boss Besnik Sinanaj was on a roll. Still only in his early 30s, he ran one of the hottest phone lines in the United Kingdom. Almost 100,000 calls were made to his London call center by people who, well, they wanted to buy cocaine. And Sinanaj’s organization happily obliged, offering them coke of the highest purity and making millions in the process.

It was a match made in heaven – or hell. Between May 2012 and May 2013, Sinanaj received almost 100,000 calls by drug users looking to party or feed their addiction. Operating by the nickname “Mario,” Sinanaj ran a crew of nine drug runners supplying customers with coke sold between £40 and £50 a gram. Authorities say he made £4 million in that one year alone selling drugs via his hotline.

But as any gangster worth his salt knows: Talking on a phone will get you busted fast. Dealing drugs via phone? That gets you locked up even faster. By April 2013, police had located “Mario” at his home. A month later, at dawn, they raided the residence as well as a bunch of other locations, seizing six kilos of cocaine.

Confronted with the evidence against them, all ten drug dealers pleaded guilty. In February of 2014, Sinanaj received the stiffest sentence of them all, when he was handed a 10-year prison sentence.