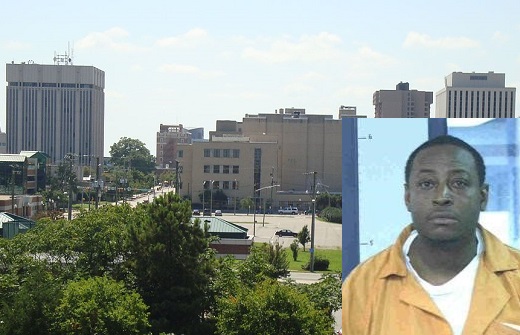 Sometimes it’s difficult to distinguish fiction from reality. In movies like The Substitute, starring Tom Berenger and Marc Anthony, and The Principal, starring Jim Belushi and Louis Gossett Jr., we’ve become familiar with vicious gangs roaming high schools and preying on teen students with help of the principal. But hey, that’s Hollywood! No way any teacher or school director would ever get mixed up with gangs while luring his students into a life of crime, right?

Meet Michael Hopson, a then 30-something-year-old security guard at Denbigh High School in Newport News, Virginia (photo below). Tasked with keeping students safe and keeping gang violence out of the school, Hopson had a sacred duty protecting the lives of children. Unfortunately, he did not care about any of that.

Working security at a high school was only a front for Hopson. He was a founding member of the Black P-Stones gang in Newport News and eventually became the group’s sole leader. Known as an OG, he collected monthly gang dues, ordered and presided over meetings, and oversaw the Black P-Stones criminal activities, which included drug distribution, home invasions, robberies, and lots of deadly violence.

He was also the gang’s premier recruiter, (ab)using his position as a high school security guard to entice youngsters to join his gang or buy some narcotics off him. Though a little bit of weed might not have hurt anyone, once a student joined the Black P-Stones he was expected to take part in everything that came with the gang life.

If you were running with Hopson that meant plenty of brutal beatings and deadly shootings as he sought dominance over the area’s gangland. Hopson personally ordered multiple shootings and murders in the span of just a few years.

On October 31, 2007, he ordered Black P-Stones hitmen to murder a member of the rival Thugs Relations street gang. At Hopson’s direction, the armed gangsters attempted to lure him from his home, but were unsuccessful.

And the young recruits were not exempt from Hopson’s wrath simply because they were underage. On November 6, 2007, Darius Crenshaw, a Black P-Stones hitman lured Erique D. Shaw, a 17-year-old Black P-Stones member recruited from the same High School where Hopson worked as a guard, to a Newport News location and killed him. Hopson had given the “green light” to kill the youngster because of his friendships with Thug Relations members, and rewarded the Black P-Stone hitman with a promotion.

When a member of the Crips gang was disrespectful to several Black P-Stones gangsters, Hopson sent out two underlings to the Crip’s home where they fired multiple rounds into it. The Crips member’s father was sitting in the living room as bullets flew by and hit the walls. The man was hit with debris from the bullet shrapnel and suffered injury to his eye. 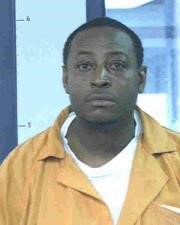 Shooting up homes was a favorite means of retaliation for Hopson (photo right). When a Black P-Stones gangster was beaten up by members of the rival 10-1 Mafia Crips gang, Hopson ordered the murder of two of its members and again sent out hitmen to shoot up the residence of the two 10-1 Mafia Crips on March 9, 2009. A month later, his men were shooting up yet another home of individuals who had disrespected him.

The life of a Black P-Stones gangster wasn’t easy. There was the constant threat of death and violence. It even turned men who once were friends against each other. As happened with 20-year-old Ernest James Crudup and Black P-Stones gangster Desmond Finnell. The latter thought Crudup was stealing marijuana from him and accused him of such. Racther than “hugging it out,” Finnell lured him to a secluded location and shot him to death.

But members of the Black P-Stones chose the life they lived. The people that lived in their neighborhood however were forced to live in absolute terror, they did not choose such a life. On October 16, 2010, 51-year-old Samuel S. Aaron was bothering no one at his home on Roanoke Avenue when members of the Black P-Stones barged into his house and yelled at him to tell them where he kept his money and weed. With his daughter quietly asleep in her bedroom upstairs, Aaron was beaten and threatened. After pleading for his life, he was shot in the head by Black P-Stones gangster Rico Rashad Jones.

The verdict means he will spend the rest of his life behind bars.

Faced with numerous turncoats testifying against him, Hopson took to the stand himself to clarify a few issues. According to the Daily Press, Hopson testified he was a family man and that, as a Denbigh High security guard, he sought to get the students motivated and get them through troubled lives.”

Though the guilty verdict was a disappointment to Hopson, his lawyer told the Daily Press it was his only option. “He came to court and said he was going to go ahead and fight for his life,” Andrew Protogyrou told the newspaper. “He said, ‘If I get life, I'm done.’ So we said, ‘Fine, this is your call.’”

In the end, Hopson’s lawyer seems to understand why his client was found guilty. As prosecutors laid out all the evidence and had witness after witness testify about violence and death, how could he ever expect to have walked?

“It was very similar to what you would find in the New York Mafia,” Protogyrou told the Daily Press. “The conduct was very Hollywood. It's unbelievable that this was in our backyard. It was the wild, Wild West, man.”