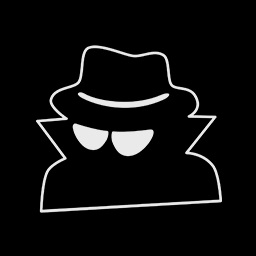 Bonanno family mobster Joseph Sammartino Sr. was born in the Marion section of Jersey City. It was a part of town that was the typical blue-collar Italian neighborhood that has always been a preferred recruiting ground for the Mafia.

Growing up in Marion section, Sammartino Sr. quickly adapted to the tough streets. As one anonymous source told newspaper The Jersey Journal, “He was pretty tough with his hands. He could handle himself. He was a street kid that came up the hard way [...]” A kid also, who continued doing things the hard way. His violent streak landed him in New York state prison where he did time for assault in 1992.

Back then, Massino was a street legend. He was the only active boss of the five New York Mafia families who was not behind bars. Known for his secrecy, he ran a tight ship and brought the Bonanno family back from the brink of disaster after they were infiltrated by undercover FBI agent Joseph Pistone, who posed as jewel thief Donnie Brasco.

Seen as a tough guy, the Bonannos were eager to have him join their ranks as a made guy. But there were some who saw beyond that rough exterior. Like the aforementioned anonymous source. “He was very hot tempered, but he was a wannabe tough guy,” he told the Jersey Journal.

Even if it was true, the Bonanno family leadership didn’t care about any of that. Matter of fact, boss Joseph Massino made Sammartino Sr. a captain of the family’s New Jersey faction in 2003.

Operating out of his headquarters in Bayonne, New Jersey, Sammartino Sr. continued his rise within the Bonannos as one after the other of his colleagues flipped and joined Team America to testify against former buddies. Armed with countless of turncoats, including the family’s boss Joseph Massino, authorities succeeded in rounding up and imprisoning scores of wiseguys. With plenty of space at the top, Sammartino Sr. eventually became part of a ruling panel that led the family through these difficult times.

However, in 2009, agents came looking for Sammartino Sr. as well. They charged him with extortionate collection of unlawful debt, extortionate collection of credit and conspiracy to collect unlawful debt. As captain, Sammartino Sr. had sent one of his soldiers, Anthony Sclafani, to collect a loanshark debt from another Bonanno member known as “Sal from Staten Island,” who had gotten behind on his payments.

Unbeknownst to Sammartino Sr. or Sclafani, “Sal” was already operating as an informant for the FBI and kept his handlers posted on every threat uttered against him. Luckily for the feds, there were a lot of those. In true mob style.

“You're lucky we don't saw you in half and leave you in the woods,” Sclafani told his fellow Bonanno at one point. Still, it was his status as a made guy that protected him from much worse, “If you weren't you...you'd be gone,” Sclafani said.

Sammartino Sr. wasn’t so lucky. Confronted with the mountain of evidence, he pleaded guilty and was sentenced to 18 months in federal prison. Furthermore, the judge gave him a $50,000 fine, noting that although Sammartino Sr. hadn’t worked in seven years – he stopped working after being diagnosed with cancer - and his wife makes $60,000 a year, they have a net worth of $1 million dollars. It didn’t help things either when agents found $10,000 in cash in their home.

In 2011, Sammartino Sr. was released from prison. Whether or not we will see more information added to this page depends on what he does with his time. But even if he behaves and starts acting like a law abiding citizen there is always the chance a mob turncoat might implicate him in a decade-old crime which happens so often in cases involving the secretive Mafia.