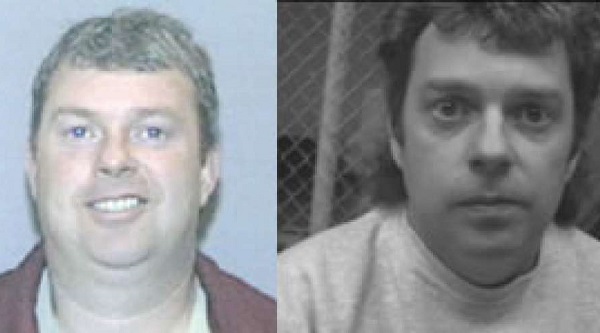 Smugglers have always found the border between Canada and the United States to be a lucrative one. It’s long and accessible by various routes on water and land. Back during Prohibition, traffickers would do rum runs, but nowadays it’s all about narcotics. 53-year-old Kevin Kerfoot knows this all too well.

Kevin Donald Kerfoot (photos above) was raised in Surrey, British Colombia, Canada, in a close-knit and, as he called it himself, ideal family. His older brother is a wildly successful businessperson who gave Kerfoot various opportunities to be successful outside of a life of crime, but for some reason the dangers and riches of the fast life of the underworld was too alluring.

In 2005, Kerfoot had assembled a nice crew of naïve individuals and sent them down to the United States with over seven kilos of MDMA, also known as ecstasy, into the country for distribution via his network there. The same group would then make a return trip carrying 41 kilos of cocaine up I-5 and onto a boat for transit to Canada.

Unfortunately for the smugglers, American agents received information that a large load of cocaine was traveling towards the border in October 2005. Acting on the information, a Washington State Trooper identified a suspicious vehicle driving erratically. After stopping the vehicle, a narcotics K-9 alerted to the presence of cocaine in the vehicle and officers discovered the 41 kilos of cocaine.

During police interrogation, the driver, Randall Canupp, cracked and spilled the beans. He told police about the other members and the route he was supposed to take. He also identified Kerfoot as the man in charge of the operation.

Canupp and Kerfoot had been arrested together for smuggling marijuana into the United States from Canada in the late 1990s. During the police interview, Canupp received several calls from Kerfoot on his cell phone. Some of these calls with Kerfoot were recorded, although the audio quality was quite poor, court documents reveal.

With help of Canupp, undercover agents worked to arrest other members of the smuggling ring, including the captain of a boat waiting at the Bellingham marina, and two other men who were waiting to pick up and distribute the ecstasy the boat had brought down from Canada. Nine months after authorities busted his drug transport, in July of 2006, prosecutors indicted Kerfoot on drug trafficking charges.

But he refused to go down without a fight, much like infamous Canadian Mafia boss Vito Rizzuto did when U.S. authorities sought his extradition on murder charges. Kerfoot vigorously fought extradition from Canada and convinced at least one member of the crime ring to change his statement to law enforcement.

His fight continued for years and as it celebrated its ten-year anniversary it turned violent. Last August, just as his appeals were running out, one of the former members of the drug ring was attacked in a brazen daylight shooting and suffered seven to eight gunshot wounds as he sat in his car. He managed to put his vehicle in gear and run down the shooter before he could reload and was able to survive. The former crew member-turned-snitch then reported to Canadian law enforcement that Kerfoot was behind the targeted attack. The shooter is currently awaiting trial in Canada as he was apprehended after he had been wounded by his intended victim’s car.

After exhausting the extradition process in the Canadian court system, Kerfoot was transferred to the Western District of Washington and pleaded guilty in April 2017. On July 27, he was sentenced to 13 years in prison in U.S. District Court in Seattle. At the sentencing hearing U.S. District Judge Thomas S. Zilly said Kerfoot, “was involved with a tremendous amount of drugs.”

The other members of the smuggling ring were sentenced to prison terms ranging from six-and-a-half years to just over three years. All have since been released after serving their sentences.