It’s been a bumpy road for Genovese crime family captain Pasquale “Patsy” Parrello (photo above). In his decade-long criminal career he has spent several stints in prison and saw his son murdered by men seeking to avenge a slap in the face. Regardless, it’s the path he chose and the one he sticks to. Live by the gun, die by it.

As a capo in New York’s most powerful Mafia family, Parrello has been able to reap the benefits that come with his position in such a family. His – since deceased - boss Vincent “Chin” Gigante led the family into the new millennium and guided it into a relatively stable condition. Whereas the other four mob families crumbled under pressure from law enforcement, internecine warfare, and rats, the Genovese crew managed to dodge most of the big blows.

Then again, the biggest blows never come from where you expect them to. 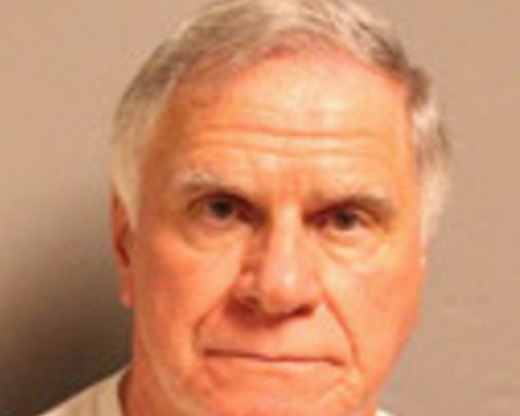 Parrello (above) found this out in the early 1990s when he was at his Pasquale’s Rigoletto restaurant on Arthur Avenue in the Bronx. Inside, one of the patrons was being loud and obnoxious. Not a smart thing to do in the restaurant of a Mafia capo.

But this wasn’t just some average patron, it was Salvatore “Tore” Locascio, the son of Gambino family consigliere Frank Locascio who was convicted alongside John Gotti Sr, and himself a high-ranking “made” member of the crime family.

Not one to proceed with caution, Parrello told Locascio to tone it down and when the up-and-coming mobster didn’t listen, Parrello slapped him in the face. That settled things, for that night at least. In the Mafia, however, such violent acts of disrespect are met with an even more violent response to set the matter straight once and for all.

An Albanian gangster named Victor Mirdita was apprehended near the crime scene and charged with the murder. He was part of an Albanian crew which allegedly was close to the Gambino family and the Locascios.

While he was awaiting trial, Mirdita was placed in a special protective unit in the Brooklyn House of Detention after his family received an anonymous phone call in which a tipster claimed Parrello Sr. had put out a contract on him. Prison staff took extra safety precautions to protect Mirdita, but an inmate still managed to assault him as he prepared for his trial. No connection between Parrello Sr. and the inmate was ever proven, though.

To the surprise of members of both law enforcement and the underworld, Mirdita was acquitted of Parrello Jr.’s murder in a 1995 trial. He was, however, found guilty of a related weapons possession charge and received a 5-to-15-year prison sentence.

With Mirdita out of reach, Parrello went about his regular business, which just happened to be very lucrative and, also, very illegal. The Genovese family had its fingers in so many pies that its members could make money however they chose. But by the late 1990s, law enforcement was on top of its game and it saw the Genovese family as the big prize.

After the success of undercover FBI agent Joseph Pistone, who infiltrated the Bonanno family from the 1970s until the early 1980s, the NYPD felt it could do the same to the Genoveses. It placed its own “fence” and chop shop specialist in the bustling underworld where everyone is looking for an easy buck.

With his promises of fast riches and unlimited resources and connections, undercover NYPD agent “Big Frankie” became very close with Parrello and members of his crew. They would have daily meetings at Pasquale’s Rigoletto restaurant where they discussed criminal activities. And as they talked, “Big Frankie” taped, recording every conversation he had with the mobsters. 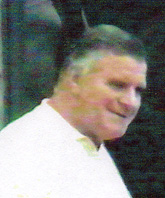 The infiltration by “Big Frankie” resulted in the indictment of over 70 members and associates of the Genovese crime family, including Parrello (left) and fellow captains Joseph Dente Jr. and Rosario Gangi, who were charged with extortion, gambling, robbery conspiracy, gun trafficking, loan sharking, labor racketeering and embezzlement, credit card fraud, trafficking in untaxed liquor and cigarettes, and counterfeiting, which all brought in $14 million dollars in 2001 alone.

He did the crime and would do the time. Parrello admitted that he had embezzled more than $1 million in union benefit funds of Local 11 and Local 964 of the United Bhd. of Carpenters through S&F Carpentry, a Tuckahoe-based contractor. If union members complained, they were threatened by the mob.

After a few years behind bars, he was back on the streets doing what he always did. Still running his restaurant, still running his Genovese mob crew, and still trying to avenge the murder of his son.

Victor Mirdita had been released from prison in 2003 and Ronald “Ronny The Beast” Mastrovincenzo, one of the members of Parrello’s crew who has since died from natural causes, spotted the alleged hitman in a car nearby one of his restaurants. When he told Parrello, they began plotting Mirdita’s demise together with 66-year-old Israel “Buddy” Torres, 73-year-old Anthony Zinzi, and 61-year-old Bradford Wedra, who are all longtime members of Parrello’s crew.

Unbeknownst to Parrello and co, though, the FBI was aware of the plot and warned Mirdita that his life was in danger. During those meetings, FBI agents never divulge where the threat comes from, but Mirdita knew and made sure he got out of harm’s way.

The reason the feds knew about Parrello’s murderous plans was because they had an insider working for them. 40-year-old Genovese family associate John Rubeo wore a wire and recorded various conversations he had with Parrello and other mobsters. On insistence of the FBI, he also tried to dissuade Parrello from pushing through on the murder plot. As a result, the crew focused on making money and shelved its plans for murder.

As they went about their business, however, the FBI had a front row seat. Thanks to Rubeo they were aware of a wide range of criminal activities involving an ever growing group of mobsters from several different families. Parrello was at the center of the entire conspiracy as Rubeo was a member of his crew.

On August 4, federal agents raided houses and properties throughout the United States, arresting over 40 members and associates of the Genovese, Gambino, Lucchese, and Bonanno crime families in New York and the Bruno crime family in Philadelphia, among them 72-year-old Pasquale Parrello.

Prosecutors allege Parrello was involved in loansharking, illegal gambling, health care and credit card fraud, involvement in the sale of $3 million worth of contraband cigarettes, and the vicious assault of a panhandler who was bothering customers of his Arthur Avenue restaurant. The victim was beaten “with glass jars, sharp objects and steel-tipped boots, causing bodily harm,” the indictment states.

Parrello is currently behind bars preparing his next step. At his age, a plea deal might not be as tempting as it once was. Taking his case to court, however, is a risky bet. Especially if he loses and is found guilty. Of course, taking big risks that could cost you your life, well, isn’t that what “the life” is all about?

UPDATE: On May 15, 2017, Parrello pleaded guilty to extortion charges. He faces 5 to 7 years in prison when he is sentenced on September 7.