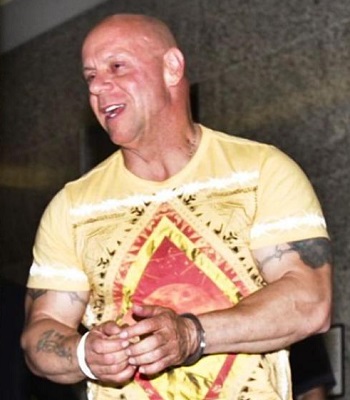 Eugene “Boobsie” Castelle (photo above) has had quite an unusual ride to the top of New York’s Lucchese crime family. He’s known as a bodybuilder who – allegedly – didn’t mind using steroids and other drugs to get his body and mind in the right state.

His use of recreational drugs for the mind was evident especially when he was arrested on racketeering charges involving arson, extortion and drug dealing in late 2000, and cops and FBI agents found him carrying a half-smoked joint. They also noticed Castelle’s eyes were a little bloodshot. Despite his taste for the “good stuff,” Castelle became a captain alongside capo Joseph “Joey Flowers” Tangorra’s Bensonhurst crew. 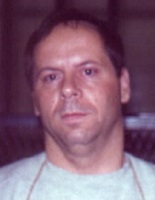 Castelle (right) pleaded guilty to extortion and gambling charges and spent 88 months behind bars. Prison didn’t slow him down one bit, as he continued his rise within the Lucchese family, becoming acting underboss to street boss Steven Crea.

Recently, Castelle – 56 years old at the time - again made headlines, as he was among six men charged with running an illegal online gambling operation that raked in over $13 million in wagers. According to prosecutors, Castelle was the ringleader of the operation and made sure the family hierarchy got its share of the profits.

He took care of himself as well, holding down a “no show” job as a carpenter at a construction project, earning a carpenter’s wages for several months without ever hammering a nail or even setting foot on the work site.

Interestingly enough, prosecutors now label Castelle as merely a soldier in the Lucchese crime family. From soldier to captain to acting underboss and back to soldier. Quite the unusual ride indeed.

Instead of pleading guilty, Castelle decided to fight the case in court. Things didn’t go as he hoped. He was found guilty on Friday, May 31, in Manhattan federal court of conducting an illegal gambling business and racketeering conspiracy. He was acquitted of attempted extortion, which is a win. Castelle now faces between 30 to 40 months behind bars when he is sentenced on September 30. He is currently walking around in freedom on a $1 million bond.