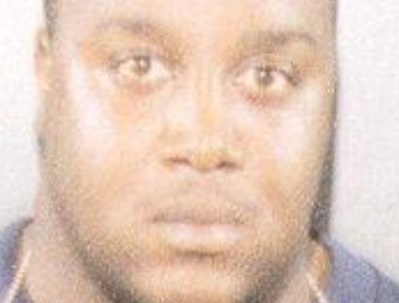 A very big name on the streets of Rockford is coming home early. Matter of fact, few people expected Karl “Shortdog” Fort, leader of Rockford’s Black Gangster Disciples, to ever come home again at all, as he was sentenced to life in prison on drug charges in 1994. But Fort successfully petitioned the government for a sentence reduction and is now scheduled for release in 2019.

What started out as a life sentence, handed down on November 21, 1994, turned into a 30-year sentence. Thanks to his good behavior behind bars, Fort is shaving some years off that one too, ending up with 25 years in prison when he will be released on November 9, 2019.

It is an outcome no one would’ve predicted back in the early 1990s, when Fort and his crew were known as “The Mob” and ran the streets of Rockford, wearing bulletproof vests and doing drive-by shootings. Authorities claimed Fort and his organization were the first large-scale distributors of crack cocaine in the city.

The crack cocaine trade was known as a violent and extremely lucrative one. Junkies would take one hit and couldn’t wait to come back for more. Everyone involved also tended to get a little bit crazy. 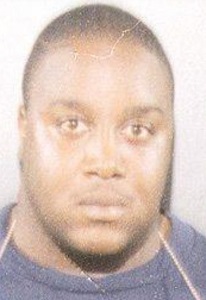 Running an organization that deals in this product, Fort needed to maintain strict discipline, using the threat of excessive violence whenever needed. Like when one of his workers couldn’t explain what happened to a certain amount of powder cocaine. While the worker was questioned, one of Fort’s henchmen pointed a gun at his face and cocked the trigger. It was crystal clear what the repercussions for stealing were.

When one of Fort’s drug runners was short on money from his crack cocaine business, he was hit in the head with a bottle of champagne by another crew leader. The drug runner ended up in the hospital and lived to tell of his digression as an example of what happened if you weren’t professional.

Of course, the term professional was open for interpretation. Fort himself had a fierce temper and displayed an amazing willingness to use violence. In 1991 he allegedly emptied his Uzi at a house on Chestnut Street. Miraculously no one was hurt, but prosecutors did charge Fort with attempted murder.

A year later, Fort was hit with gun charges again. But by then his reputation as gang leader preceded him and the eye witnesses against him suddenly didn’t remember what they had seen.

Still, with authorities hot on his tail, Fort didn’t tone down his violent actions. In the summer of 1993, he was arrested for his alleged involvement in an argument over a pool game that got out of hand and ended with a man getting shot.

Sitting in a cell, perhaps still angry about the argument over the game of pool, Fort missed out on a massive police crackdown on his organization. Thirty Black Gangster Disciples were arrested and charged with being part of a massive crack cocaine trafficking ring. Fort himself was charged with federal drug conspiracy.

Back then, the war on drugs was intensifying. The hunt for Pablo Escobar had proven successful and the tough stance on drugs was winning votes. United States politicians had instituted severe penalties for charges related to crack cocaine. One gram of crack was considered the same as 100 grams as powder cocaine. This resulted in mindboggling sentences for street dealers and distributors.

For a boss like Fort, it resulted in life in prison. But as time passed, authorities realized their mistake regarding treating crack cocaine differently than powder cocaine and Fort saw an opening to reduce his sentence. A successful petition supported by the community and a few influential politicians did the trick and provided Fort with an early release. Light at the end of the tunnel, a tunnel that seemed cemented shut forever.

Now in his late forties, Fort can begin building a life for himself. Hopefully away from the criminal underworld he once ruled. It would be better for the community and for himself. Not many get a second chance like the one he will get in 2019.

Besides, what is this soon-to-be 50-year-old going to rule when he gets out? Most of the young gangsters don’t even know his name. Nor does he know theirs. Hell, he’s been out for so long, he’ll come back to a changed world filled with smartphones, Snapchat and online beefs with real world consequences. Who would want to get involved with that?