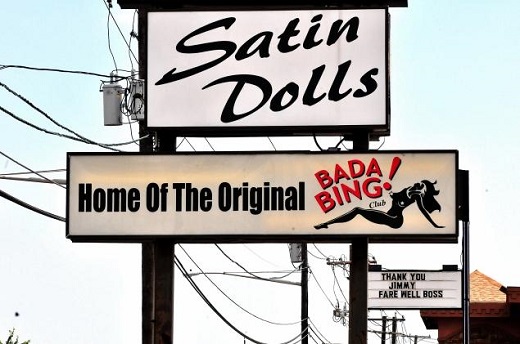 Art imitating life imitating art imitating life? The man behind the Satin Dolls strip club in New Jersey, which served as the location for The Bada Bing from The Sopranos, has “gone bad” and is giving the FBI information about his former Mafia buddies.

Anthony “Tony Lodi” Cardinalle (61) was caught up in a waste hauling case involving members and associates of New York’s Genovese, Gambino, and Lucchese crime families, who were part of a group that exercised illegal control over waste haulers in the counties of Bergen and Passaic in New Jersey and Westchester, Rockland, and Nassau in New York. 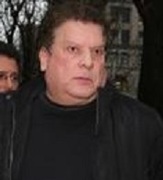 Cardinalle (left) was part of the Genovese crew in Lodi, New Jersey, which was under the control of notorious capo Tino Fiumara until his death in 2010. According to the indictment, the Lodi crew had seized control of a waste hauling business away from Genovese associate (and fellow defendant in the case) Carmine “Papa Smurf” Franco.

Unfortunately for the crew that business was run by an FBI informer who had had enough of being squeezed by loudmouth wiseguys who flaunted their Mafia connections whenever they had the chance.

As always, prosecutors threatened sending every mobster to prison for several decades. However, most of the defendants have already pleaded guilty. Including 78-year-old Carmine Franco, who, at his age, is confronted with the prospect of dying behind bars no matter how lenient his sentence will be.

Cardinalle pleaded guilty as well. In his plea he stated: “I agreed with others to participate in a conspiracy where others wanted an individual to give up a percentage ownership in his waste hauling company. This individual was advised by me and others that he had no choice but to agree or his company would be closed down by others almost immediately.”

But he wasn’t looking at going the same route as Franco. In a conversation caught on FBI wire, Cardinalle is quoted by Jerry Capeci, who broke the story, as saying, “I went to jail once and I have no intention of going back to jail.”

The manager of Satin Dolls, Cardinalle’s strip club in Lodi, New Jersey, already had heard the news. According to Cardinalle’s lawyer, “Tony Lodi” isn’t an owner of the club itself, although his wife once was and his daughter is now. Cardinalle does own the real estate and the buildings the clubs are in. It’s safe to say he owns the club.

After joining Team America Cardinalle now fears for his life as the powerful Genovese crime family is looking to silence the informant, prosecutors claim. Though La Cosa Nostra has always been very strict when it came to informants and talking to police, that has changed significantly as the mob’s power dwindled.

Even the Genovese crime family, which is deemed the most successful, has adopted a new attitude towards rats. Case in point is Genovese associate-turned-informant Peter "Petey Cap" Caporino, who was not only able to come back to his old neighborhood but also to simply continue his gambling operation.

Was he hit? Nope. Someone called the cops on him and got him sent to prison for 7 years. It’s a new world out there. Tony Soprano knew it and so do most of these real life mobsters. Let’s hope they all can find a good shrink.

Amazing...When a rat can return to his old neighborhood without fear of retaliation almost makes the mob look weak or at best disorganized.Past cases of this include Sammy The Bull and Chris from the book "Mob Story".With him he had relocated to L.A. and was featured in local tabloids,so it would have been easy enough to find him.In the old days a rat lasted five minutes (even a potential one) and was taken out.It appears the biker gangs have their stuff together more than my beloved LCN as far as TCB.Great story,enjoyed reading it as usual!.