Salinas Norteño gangster sentenced to 15 years in prison for racketeering 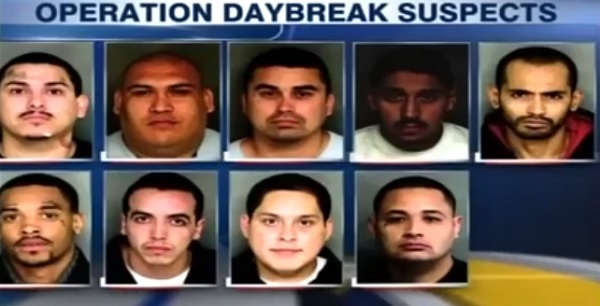 Norteño gangster Anthony Lek was sentenced Wednesday to 15 years in prison for his role in a racketeering conspiracy and for using guns to commit crimes. 31-year-old Lek had already pleaded guilty on January 4, 2018.

According to the plea agreement, Lek was an active member of the “Santa Rita” street gang, which is a subset of the larger Norteño gang affiliation in Salinas, since at least 2007. An essential element of being a Norteño gang member in Salinas was a commitment to violently attack and even kill rival Sureño gang members.

Since at least 2009, Lek began associating with a particularly violent subgroup of Norteño gang members in Salinas and participated with them in conducting three take-over style armed robberies of commercial establishments.

Specifically, on June 2, 2010, Lek and three fellow Norteño gang members conducted an armed robbery of the Zale’s jewelry store at the Gilroy Outlets. Lek was armed with a semi-automatic firearm and pointed his gun at the workers and forced them to open the jewelry cases. Lek and a co-robber used zip ties to bind the workers after they opened the jewelry cases. The robbers took over $800,000 worth of jewelry during this robbery.

A few months later, in October 2010, Lek and another Norteño gang member committed an armed robbery of a check-cashing business in Turlock, California. The robbers took several thousand dollars.

On March 17, 2011, Lek and three fellow Norteño gang members committed an armed robbery of the Chase bank in Santa Maria, California. Lek scoped out the bank the day before the robbery. On the day of the robbery, he remained outside as the getaway driver of a second vehicle staged a short distance from the bank.  The robbers stole a total of $174,000.

After several successful years evading the law, Lek was finally charged in a 71-count superseding indictment along with his co-conspirators on October 28, 2015. The investigation leading to the indictment was part of the Salinas Police Department and FBI’s crackdown on Norteño gangs in Monterey County.