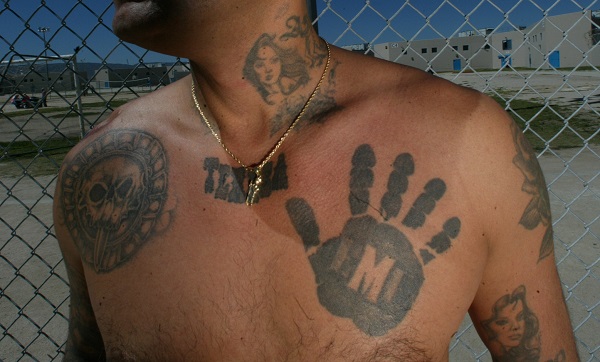 One of the leaders of the Hazard street gang – a Mexican Mafia-controlled criminal enterprise that has been responsible for criminal activity in and around the Ramona Gardens housing complex in Boyle Heights for decades – was sentenced on today to 15 years in prison for his conviction on federal racketeering and drug trafficking offenses.

43-year-old Victor Barrios, a Mexican national who most recently resided in Boyle Heights, had pleaded guilty on April 26 to conspiring to violate the federal Racketeer Influenced and Corrupt Organizations (RICO) Act and conspiring to traffic narcotics.

When he pleaded guilty, Barrios admitted he played “a leadership role for the gang’s criminal activities,” which included overseeing drug sales, the collection of extortionate “tax” payments from area drug dealers, and plots to commit acts of violence.

He was one of 27 defendants named in a racketeering indictment unsealed in December 2014. The 110-page indictment outlined a wide range of criminal activity, including dozens of drug deals, acts of intimidation and violence against people believed to have cooperated with law enforcement, illegal weapons sales, and threats made against African-American residents of Ramona Gardens. Barrios is one of 18 defendants who have pleaded guilty. The remaining nine defendants are scheduled to go on trial on November 28.