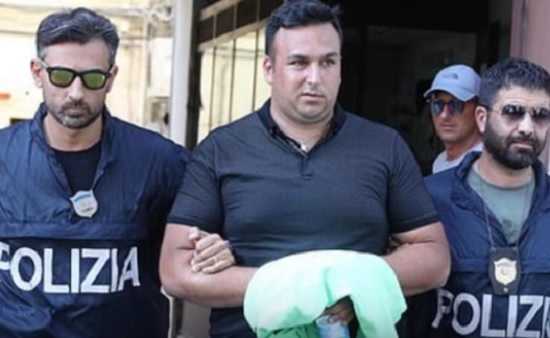 Philadelphia mob boss Joseph Merlino has been released from prison and the Sicilian Mafia sets up shop in South Philadelphia. A lot to talk about in this week’s Mob Talk with George Anastasia and Dave Schratwieser.

The mob reporting duo first focus on “Operation New Connection,” the international takedown of 18 alleged Mafia figures in Sicily last July. “It’s kind of a throwback to the Pizza Connection of the 1970s, 1980s,” Anastasia explains. Two central figures in the case have ties to Sicily and the Philadelphia area.

One of them, Simone Zito, is currently a fugitive and was caught on tape bragging about how he helped get fellow defendant Salvatore Gambino elected as mayor back in Sicily. Zito’s son Calogero was also charged and arrested in Sicily. He was photographed on a boat with influential figures in the Gambino, Spatola and Inzerillo Mafia clans.

“Calogero Zito, from what we can see, is an entrepreneurial kind of guy,” Anastasia says. “He talked openly about his businesses, they seemed legitimately and seemed to be functioning quite well.”

Right in Philadelphia. “[He owned] a coffee place, a pizza place and a $300,000 dollar piece of property in the heart of South Philadelphia,” Schratwieser adds.

New York’s Gambino crime family boss Frank Cali would probably have been charged in this case as well, had he not been murdered.

Also, the pair discuss the return of reputed mob boss Joey Merlino. Released from federal prison, he returns to the Boca Raton area in Florida. What's next and what his release could mean for the local crime family?

Watch the latest edition of Mob Talk below:

Im glad that Joey Merlino is out of jail, im sure he is making a lot of people happy