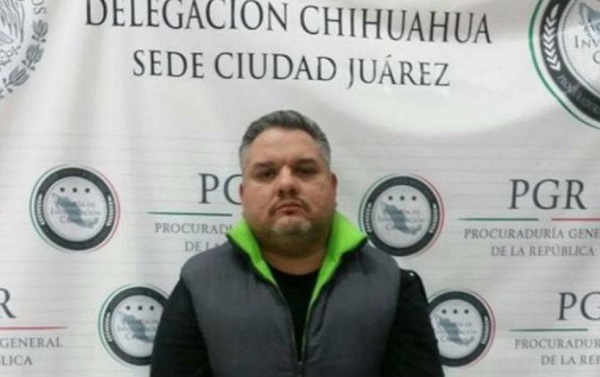 A member of the Sinaloa Cartel was extradited from Mexico last Friday to face federal racketeering charges in Texas. In April 2012, 44-year-old Luis Arellano-Romero, who goes by the nicknames “Bichi” and “Helio”, was charged in the same federal grand jury indictment as Joaquin “El Chapo” Guzman Loera, Ismael Zambada Garcia, and 21 others involved in running the Sinaloa drug cartel.

According to the indictment, Luis Arellano-Moreno was Sinaloa Cartel boss Jose Antonio Torres Marrufo’s personal body guard and participated in numerous kidnappings and murders as part of Torres Marrufo’s assassin squads. Upon 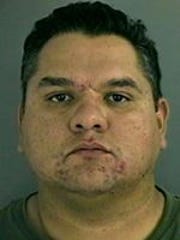 conviction, Arellano-Romero (right) faces up to life in federal prison.

According to the indictment, “the purpose of the Sinaloa Cartel is to smuggle large quantities of marijuana and cocaine, as well as other drugs, into the United States for distribution. Laundered proceeds of drug trafficking activities are returned to Cartel members and are used in part to purchase properties related to the daily functioning of the Cartel, including real estate, firearms, ammunition, bullet proof vests, radios, telephones, uniforms and vehicles.”

All this is available to members of the Cartel and its associates: an expansive group that consists of members of the Gente Nueva (“New People”) and the Artistas Asesinos (“Murder artists”) who kidnap, torture and murder those who lose or steal assets belonging to, are disloyal to, or are enemies of the Cartel.

This includes the Juarez Cartel, a competing drug organization who at the time was led by Vicente Carrillo Fuentes, as well as its enforcement arm known as La Linea and the Barrio Aztecas. Oftentimes, murders committed by the Cartel involve brutal acts of violence as well the public display of the victim along with banners bearing written warnings to those who would cross the Cartel.

The indictment references two acts of violence allegedly committed by members of the Cartel. First, the indictment alleges that in September 2009, Torres Marrufo, Gabino Salas-Valenciano, Fernando Arellano-Romero (Luis’s brother) and Mario Iglesias-Villegas, under the leadership of Guzman Loera and Zambada Garcia, conspired to kidnap and murder a Horizon City, Texas, resident. Specifically, Torres Marrufo ordered the kidnapping of the victim to answer for the loss of a 670-pound load of marijuana seized by the U.S. Border Patrol at the Sierra Blanca checkpoint on August 5, 2009. After the kidnapping, the man was taken to Juarez where Torres Marrufo interrogated him and ordered that he be killed. On September 8, 2009, the victim’s mutilated body was discovered in Juarez.

Groom, his brother and uncle kidnapped during wedding

Second, the indictment alleges that on May 7, 2010, Torres Marrufo, Fernando Arellano-Romero and Iglesias-Villegas, under the leadership of Guzman Loera and Zambada Garcia, conspired to kidnap and murder an American citizen and two members of his family. Specifically, Torres Marrufo caused an individual in El Paso to travel to a wedding ceremony in Juarez to confirm the identity of a target. The target was the groom, a U.S. citizen and a resident of Columbus, New Mexico. Under Torres Marrufo’s orders, the groom, his brother and his uncle were all kidnapped during the wedding ceremony and subsequently tortured and murdered. Their bodies were discovered by Juarez police a few days later in the bed of an abandoned pickup truck. Additionally, a fourth person was killed during the kidnapping at the wedding ceremony.