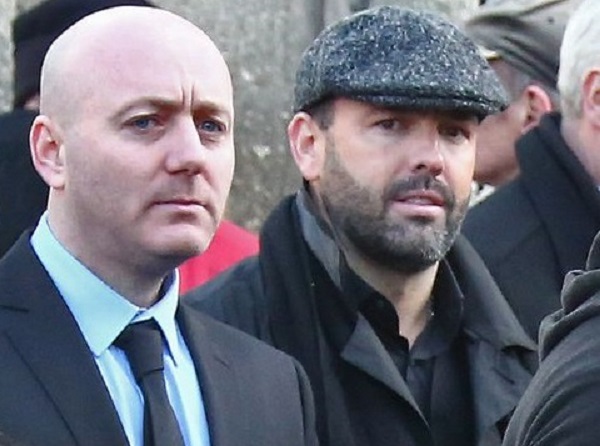 Irish gangster Frederick “Fat Freddie” Thompson’s name is notorious in and around Dublin, Ireland. As leader of a squad of hitmen he orchestrated countless bloody murders in two gang wars that ravaged not just the Irish city, but Europe’s mainland as well.

Thompson was born in 1980 in South Dublin. Growing up he had quite the reputation for being aggressive and violent. At age 16, he was convicted for the first time. His crimes centered around the theft of a car. Once, he even drove a car at an Irish cop who was trying to arrest a friend of his.

“Freddie has always been a mouthy type – most big players play a game with gardai, they are polite and businesslike in their dealings but not [him],” one Dublin cop told The Irish Mirror. “[He] always became aggressive – there’s a famous story of him as a young fella telling guards he was going to be the next John Gilligan [one of Ireland’s most famous crime bosses].”

“He wasn’t just involved in killings,” former detective Con Cronin told newspaper The Sun. “He would often slash drug addicts who owed money and attack people with machetes if they looked at him the wrong way. He was an animal.”

Though police might not have appreciated his behavior, he was welcomed with open arms by those inhabiting Dublin’s underworld. Pretty quickly he moved from stealing cars to dealing drugs and making connections to established gangsters like George “The Penguin” Mitchell.

While honing his skills as a teenager, Thompson came into his own as a gang leader by the late 1990s. At that time, Dublin was flooded with drugs and there were untold riches at stake for those with the balls to grab it.

The city’s various gangs fought deadly wars over the spoils of the drug trade and Thompson found himself in the thick of it. He and his gang went to war with Brian “King Rat” Rattigan and his crew after Rattigan stabbed Declan Gavin, one of Thompson’s friends, to death outside a kebab shop in Crumlin, South Dublin, in 2001.

Sixteen murders followed as members of the two gangs were gunning for each other. Sources claim Thompson pulled the trigger in at least four of them, including the killings of 18-year-old Joseph Rattigan, who was shot dead in July 2002, and Gary Bryan, an armed robber and suspected hitman, who was shot in front of his girlfriend as he fixed a car in September 2006.

“[Thompson] was seen smirking and laughing in the area shortly after Bryan was killed. That is what he is known for,” a source told The Irish Mirror newspaper.

The dust settled in 2013 when “King Rat” Rattigan was convicted of murder and sent to prison.

With his reputation for murder well-established, Thompson hooked up with the big drug trafficking organizations, mainly the Kinahan cartel led by Christy Kinahan, whose son Daniel is close to Thompson. The Kinahans have close ties to drug cartels in Colombia and Mexico and are one of Europe’s most prolific narcotics trafficking groups.

His successes fighting a gang war didn’t translate into a successful run as a drug trafficker, however. It was hit and miss. He was arrested in the Netherlands when he arrived to collect a drug shipment and narrowly escaped a prison sentence after the case against him there collapsed.

Daniel Kinahan then brought him to Spain, where he worked as a chauffeur and bodyguard. He was also put in charge of organizing material – cars and guns – and hitmen for assassination plots.

When a feud erupted between Daniel Kinahan and Gary Hutch, the nephew of drug boss Gerry “Monk” Hutch, the two groups went to war and Thompson found himself back at home doing what he did best: Organizing murders.

“Freddie loves the whole killing thing,” one source told The Irish Mirror. “Organizing the cars, guns, shooters: that was his job for nearly 20 years, and he was always in the vicinity of the murders.”

Thompson was indeed all too willing to participate. Especially when rival gunmen targeted his cousins Liam and David Byrne. David was shot dead during a boxing match weigh-in at the Regency Hotel in 2016, an audacious hit that was plastered on the frontpage of many newspapers. Both brothers worked closely with Thompson and the Kinahans and were considered to be amongst the organization’s hierarchy.

The murder of David Byrne caused a fiery rage within the Kinahan cartel as its hitmen went on a killing spree that left thirteen dead. “Thompson was […] the leader of the Kinahan murder squad,” a source told The Irish Mirror. “He never had the balls to pull the trigger himself but instead sat around nearby sniggering and laughing as the attacks were carried out. He enjoyed the murder and enjoyed being part of it – he never thought he would be caught because he was simply the organizer.”

His assumption turned out to be wrong.

On a summer day on July 1, 2016, 55-year-old David Douglas, a former member of the IRA now working with the Hutch gang, was shot dead when a gunman fired six bullets in his head, chest and arm while Douglas was standing at the entrance of his wife’s business in South Dublin eating a microwaved curry. The man’s teenage daughter was in another room and found her dad lying dead in a pool of his own blood.

Thompson’s crew had been surveilling Douglas that day and knew his daughter was present but still went ahead with the hit. A few hours later, Thompson and his associates enjoyed a good meal at Little Caesar’s restaurant in Dublin’s city center to celebrate another successful killing operation.

But they hadn’t been as successful as they thought. Irish detectives were able to piece the puzzle together when they found the getaway car used in the murder. Using CCTV footage they were able to pinpoint other cars and the movements of the men involved. 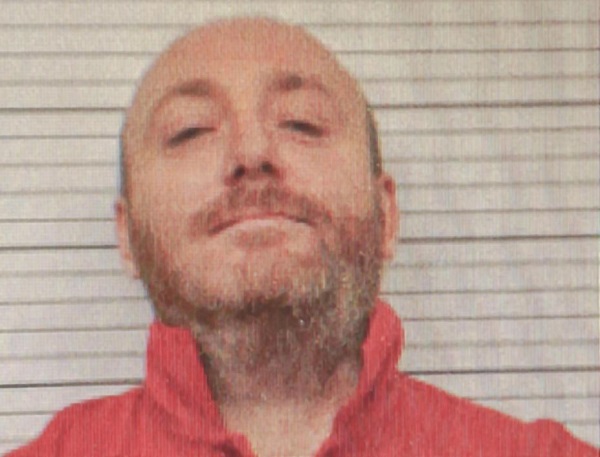 Once they identified the cars used in the murder plot, they found more evidence, such as fingerprints and DNA samples which placed Thompson in the vehicles used on the day. He was even caught on CCTV driving one of the cars.

Armed with this evidence, authorities finally arrested Thompson in November 2017 when he visited Ireland to meet with other crime leaders. On August 30, 2018, a non-jury Special Criminal Court in Dublin found him guilty of Douglas’ murder – stating that though he himself did not pull the trigger he was directly involved as the leader of the operation - and sentenced him to life in prison.

As he heard the verdict, Thompson smirked and rolled his eyes, just as he had done after committing many of his most heinous crimes.

Dublin is an absolutely fantastic city.But head out into the suburbs and the housing projects and you really are taking your life into your own hands.Having an English accent certainly doesn't help.Having said that,on the whole,the Irish are a great bunch of people.