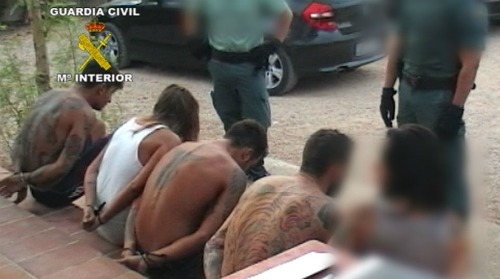 Spain has always been a favorite destination for tourists because of its beautiful culture and warm climate. But organized crime gangs have also become fond of the country, mixing their pleasure with some serious business. In recent years, Spanish authorities have taken notice and started a campaign to rid their historic cities and sunny beaches of the newly arrived gangsters and Mafiosi.

In what can only be described as a blitz, Spain’s Guardia Civil broke down two large criminal groups in one day. Working closely with Britain’s Serious Organised Crime Agency (Soca) they arrested thirteen people involved in the smuggling and dealing of cocaine and ecstasy on the party island of Ibiza. Ten were from the United Kingdom, two from the Republic of Ireland, while one was from Poland. 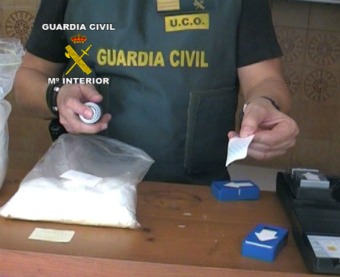 The gang would come to Ibiza during the summer to supply the island’s party crowd with drugs, a routine they repeated several years. But their drugs were not always of good quality. “Police said the majority of the pills found were branded as Pink Rock Star, similar to those believed to have caused the death of a young British woman and the poisoning of eight other people in Ibiza in July”, BBC News reports.

According to the Guardia Civil, “The detainees are members of one of the most active gangs on the island, the main supplier of cocaine and other designer drugs in the vicinity of nightclubs and entertainment venues.”

Spanish police also busted sixty members and associates of the Camorra, an Italian Mafia group from Naples. Authorities claim the Camorra specialized in “the introduction, distribution and sale” of drugs, especially cocaine and ketamine. Twenty-two properties were searched during raids, leading to the seizure of 1,950 tablets of ecstasy, 700 grams of hashish, 600 grams of speed, and 260 grams cocaine. The group invested their ill gotten wealth in real estate and businesses across Spain.

Italian police had warned their Spanish colleagues about the new “tourists” from Naples and an investigation quickly commenced. The Camorra members chose to settle in Spain and start up their new business there because of the prosecutions they faced back in Italy, where authorities had turned up the heat, arresting numerous “most wanted” Mafiosi. The names or origin of the arrested Camorra members are, at the time of writing this piece, still unknown.