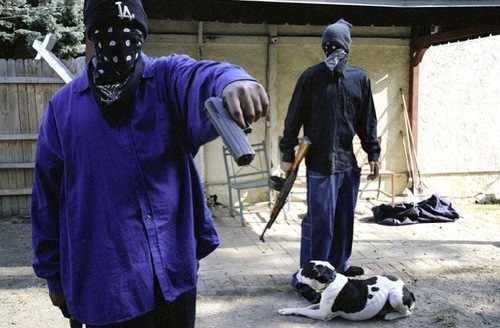 A Columbus member of the Trevitt and Atcheson Crips gang (T&A) was sentenced yesterday to 30 years in prison for participating in a racketeering conspiracy involving murders, attempted murders, drug trafficking, firearms trafficking, witness tampering, robbery, assault and other crimes.

27-year-old Michael Watson is one of 19 defendants who were charged in October 2018 as members and associates of the Trevitt and Atcheson Crips gang (T&A) in a violent conspiracy. The gang derived its name from Trevitt and Atcheson streets in the King-Lincoln District of Columbus, where its members predominantly reside.

T&A controlled the neighborhood through intimidation, fear and violence. Gang members were expected to retaliate with acts of violence when their members and associates were disrespected, threatened, intimidated or subjected to acts of violence.

Watson pleaded guilty in March 2020 to shooting Marvin Ector, a member of the rival Milo Bloods gang. Ector’s murder was a retribution killing; he was targeted for assassination for previously disrespecting a T&A member who had been killed. Watson shot Ector in December 2013 while Ector was in his car at a Sunoco gas station on the near-east side of Columbus.

“These revenge murders – killing one another over ‘disrespect’ – have got to stop,” U.S. Attorney David M. DeVillers said. “The only results are being killed yourself or spending much of, if not all of, the rest of your life in federal prison.”